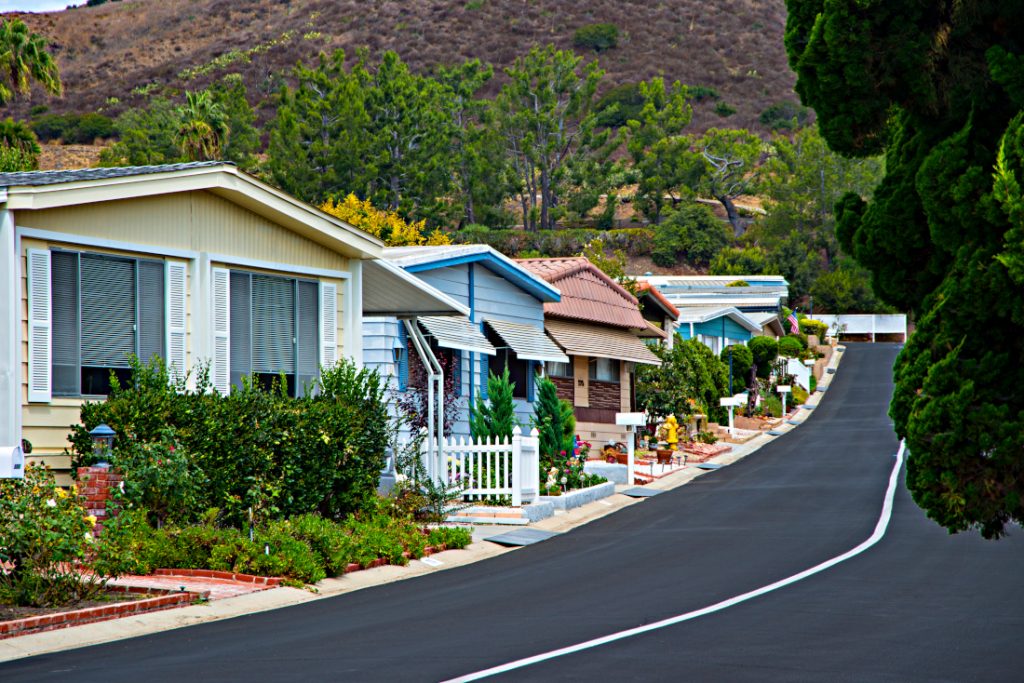 Our new Featured Markets section will feature cities and regions with the most to offer potential home buyers. Our analysis will highlight key manufactured home market insights in the following three areas:

Our first installment of this series will profile manufactured home markets in the Southwest. This is a robust part of the country for factory-built homes of all kinds!

So take a cruise through the southwest. And keep a lookout for upcoming breakdowns of other popular regions around the U.S.

There are 1,456 manufactured and mobile homes for sale in Texas. With all that open land, a significant percentage of manufactured homes are on private property as opposed to in a community.

Regardless of whether you’d like your home on a ranch setting, in a city or on the water, Texas has you covered.

The Latest Statistics for Texas Manufactured Homes on MHVillage.com:

Prairie View – The city of Prairie View is northwest of Houston and is a small college town (Prairie View A&M University) with about 6,000 residents. There are 66 manufactured or mobile homes for sale in Prairie View, ranging in price from $25,000 – $125,000.

In the end, the name says it all. Some people want to live in the city, others want a prairie view.

Houston – As one of the largest metro areas in the U.S., boasting communities of all kinds, there are nearly 400 mobile homes for sale in Houston. But that only tells part of the story. Fanned just out beyond the metro area in towns like Barker, Brookside, Orchard, and Whitehall are hundreds of additional homes for sale.

And, of course, Houston has a great variety of arts, culture and nightlife options for area homeowners to enjoy. In addition to a plethora of amazing eateries, Houston offers all the major professional sports. And it’s just a short drive south to Galveston Bay for a sample of the salt air and a stroll on the island.

San Antonio – In terms of what it has to offer for manufactured home living, San Antonio probably takes the cake in Texas. Within the state’s leading market, there are currently 150 mobile homes for sale in San Antonio listed on MHVillage. This includes communities that go by the names Woodlake Trails, Stonebridge and Creston Ridge.

Most people know that San Antonio has The Alamo, an 18th-century Spanish mission. Also, San Antonio is known for its great riverwalk. But there’s much more! The city is home to Tower of the Americas, the Cathedral of San Fernando, The NBA’s San Antonio Spurs, the Japanese Tea Gardens and Woodlawn Theatre.

There’s something about the Sonoran Desert, which covers Southern Arizona and Northern Mexico. It’s a climate and a vista like no other. Dry, yes, but scenic and warm most of the year. Those they call “snowbirds” have been moving to the desert for decades, and with good reason.

People who move to cities in Arizona may be looking for more sun, more open space, affordability, mountain trails, fresh air, or cactus. Lots and lots of cactus. And Arizona is a welcoming place for manufactured home living.

Again, you can be in a flat remote area of Sonora. You can be in an arts village more to the north, or residing in big metro areas like Tucson and Phoenix. Currently, there are 1,696 manufactured or mobile homes for sale in Arizona, with over 600 manufactured home communities included in the state’s market.

The Latest Statistics for Arizona Manufactured Homes on MHVillage.com:

Tucson – There are 310 mobile homes for sale in Tucson. Homes can be found in communities and on open land. Those include mobile homes that sit in or near the center of the city and others that sit at the base of the foothills, including on the road that leads to Mount Lemmon.

The mountain is a 9,000-foot high destination for hikers, campers, skiers, bird watchers and all variety of outdoor enthusiasts. Yes, you may be in the desert, but an alpine summit is an hour away. During certain times of year, you can sit by the pool in the morning and ski in the afternoon!

Tucson is the second largest city in Arizona with a metro area population nearing a million people. The city is 62 miles north of the Arizona-Sonora border town(s) of Nogales, which is part of what provides the area’s rich cultural history.

The gems of this desert town include the San Xavier Mission, otherwise known as “The White Dove of the Desert”, as well as Saguaro National Park, the University of Arizona campus, Davis-Monthan Air Force Base and an increasingly lively downtown entertainment and arts district.

Communities in the Tucson area include those with befitting names like Trails West, Mesa Ridge, and El Frontier.

Sedona – OK, you certainly will find fewer mobile homes for sale in Sedona than other places, but there’s a reason for that. People from all over the world come to live in Sedona. Sedona is a different kind of desert, a high desert located in the northern central part of the state.

The area’s sandstone butte-formations glow red with the rising and setting sun. The scenic beauty of Sedona has made it a regular location to shoot films about the Old West, as well as a spiritual and naturalists retreat.

Only about 10,000 people live in Sedona, and much of that development occurred in the 1970s and ’80s. However, there are few if any tracts of open land that remain. This means the Sedona you see today very likely will be the place that remains for decades to come.

Mesa – As one of the nation’s highest volume areas, Mesa is the mother of all Arizona geographies for manufactured and mobile homes.  There are 617 mobile homes for sale in Mesa.

And, while Mesa boats a population nearing half a million, and is the third-largest city in the state, it is a close easterly suburb of Phoenix. If you include all the homes for sale in nearby Phoenix and Tempe, the number jumps to more than 800.

The city sits below the high, craggy-desert cliffs of the Superstition Mountains to the east and adjacent the university town of Tempe. Desert dwellers appreciate the presence of the Arizona Museum of Natural History, the Mesa Arts Center, Mesa Grande Ruins and The Cactus League spring training for 15 Major League Baseball teams.

New Mexico has 274 manufactured or mobile homes for sale on MHVillage. Many of these are in and around metro areas, including the Las Cruces corridor and Albuquerque. The state situates itself in a similar fashion as Arizona, with drier flat desert to the south and higher plateau desert and summits to the north.

From the lower Rio Grande to the snowy peaks of the Sangre de Cristo Mountains, New Mexico is a wildly diverse place.

The Latest Statistics for New Mexico Manufactured Homes on MHVillage.com:

Mobile Homes in Las Cruces/Tortugas – The sister cities in the southeast corner of New Mexico have a collective 131 manufactured and mobile homes for sale, dotted across the landscape along the lower Rio Grande.

The Organ Mountains tower to the east, the Dona Ana Mountains to the north. Historically, the area has been inhabited by the Mescalero Apache. And, the Spanish explored and occupied Las Cruces through the mid-1800s. Today, the Las Cruces metro market has a population exceeding 100,000. Tortugas, to the south, is the location of New Mexico State University.

Mobile homes for sale in Las Cruces list from $21,000 to $85,000, and are available in manufactured home communities that have wonderful names such as Encantada, Chaparral and Las Brisas.

Albuquerque – The city of Albuquerque has a metro area population nearing a million people, which makes it the largest market in New Mexico. There are 44 manufactured or mobile homes for sale in Albuquerque on MHVillage. Homes in Albuquerque range in price from $15,500 to $98,000.

The city sits in the north central portion of New Mexico and is home to New Mexico University. It also provides a great number of art and culture experiences for its residents. Events and attractions in Albuquerque include New Mexico Museum of Natural History and Science, Albuquerque Biological Park and the Petroglyph National Monument. Add to that, the city hosts the International Balloon Festival. The annual event dots the desert sky with hundreds of brightly colored hot air balloons!

Manufactured home communities in Albuquerque have delightful names that include Meadowbrook, Coronado Village and Valle Grande.

Carlsbad – There are 53 manufactured or mobile homes for sale in Carlsbad from $41,900 to $84,900, including in communities called Towne & County, North Forty and Big Sky. Carlsbad sits in the southeasterly portion of the state, marked by the Pecos River and the eastern edge of the Guadalupe Mountains.

A short drive south of Carlsbad is Carlsbad Caverns National Park and to the north is Lincoln National Forest. In addition to tourism for the area’s natural splendor, the local economy also runs on oil and gas production from the Permian Basin. The Carlsbad area also is the largest U.S. producer of potash, a water-soluble mineral used for plant fertilizer. 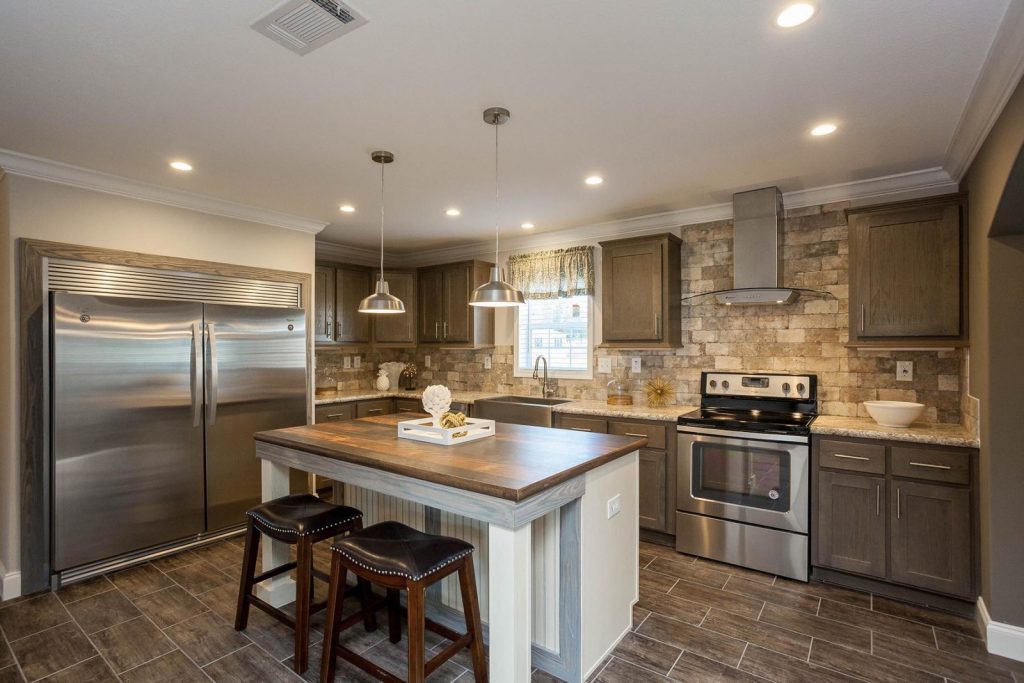 What Do Mobile Homes Look Like Inside? Check Out These 21 Interior Images 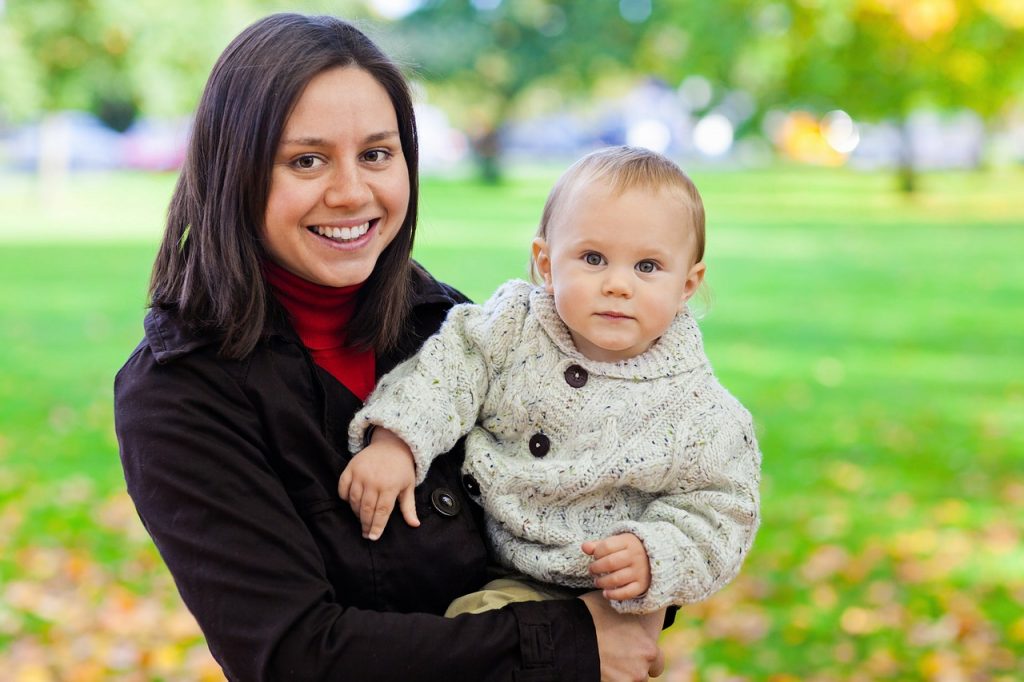 Looking for something specific?

Mobile Home Sizes and Dimensions: How Big Are They?

How Much Does a Mobile Home Cost?