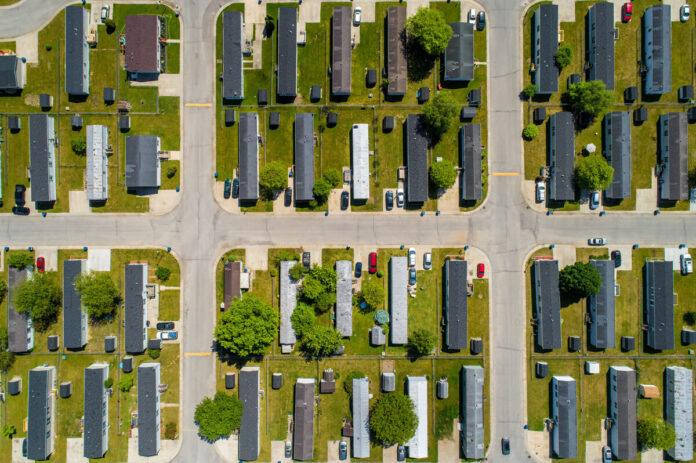 2022 has been the year of inflation and interest rates. It seems that almost every conversation in the industry has come back to one of those two topics with more questions than answers…

“Will the Fed raise rates again?”

“Will the interest rate hikes cause a recession?”

“Will the next interest rate increase be at a higher or lower pace?”

“When will the debt markets start to loosen up again?”

All of those questions have created a great deal of uncertainty in the marketplace. By nature, investors need to know the numbers, have a general idea of where things are going, and have an understanding of what is taking shape, and right now, everything seems unpredictable.

Although the pandemic appears to be in the rearview, it was the catalyst for the change and unpredictability we are experiencing. From a market crash that never came, to a recession that never fully materialized, we’ve had an economy that did the unexpected…it boomed. Prosperity came despite the pandemic, closures, and supply chain shortages all thanks to a rapidly adapting consumer and new demand as the population moved, people began working from home, and a new era emerged.

This new era is unchartered territory. Couple that with inflation, rapidly rising interest rates, a war, and fear of a recession, and you have the perfect recipe for a great deal of uncertainty.

So how is this continued uncertainty impacting the mobile home park market? In this article, we will look at where the market is today and what to expect in the coming year.

Interest rate hikes have put the debt market at ground zero. After six interest rate hikes so far this year and at least one more likely by the time of publishing this article, it’s no wonder that the debt markets have come to a grinding halt. Changing at a pace not seen since 2008, albeit in the opposite direction, lenders are simply not able to effectively underwrite loans with rates rising at the current pace. As a result, leveraged buys that were ruling cash-on-cash returns across asset classes less than a year ago, are now on hold.

But, for how long?

Meanwhile, the debt market’s loss is the cash buyer’s gain. Buyers with pockets full of cash have seen an opening and they’re cautiously stepping through it as supply has started to loosen in step with the tightening debt market. More supply means more opportunities for better deals as cash buyers brandish their advantage and liquidity.

However, everyone is keeping their eye on cap rates which have certainly been impacted. For 5-star properties, for example, the market is looking at manufactured home communities that were delivering a cap rate of three or three and a half, now coming in at a five or five and a half.

Three-star properties that were once at a five to a five-and-a-half cap, may now be somewhere between seven and seven and a half.

This rapid shift has taken many owners by surprise, and it’s important to understand that while we can’t control interest rates there are factors we can work with to optimize property value.

To illustrate, at our shop we’re working with owners on a variety of factors that have an impact on the value of a property. Our analysis looks at everything from operating expenses and maximizing the competition, to developing a custom marketing strategy that optimizes value and price.

This approach is critical since this past year has been particularly challenging on park owners due to rising costs. Inflation has driven up operating costs including for labor, utilities, materials, and insurance. In Florida, for instance, MHPs throughout the state have the added burden of rising insurance costs, especially after hurricanes Ian and Nicole hit the state.

However, a cookie-cutter approach to curtailing expenses simply won’t be enough. The question isn’t how can we cut expenses? It’s how can we add value while cutting expenses.

While the debt market has temporarily stalled and cap rates have inched up, there is an abundance of dry powder waiting on the sidelines for clearer signals on where the economy, inflation, and rates are headed.

It’s essential for community owners to know that while the market is not moving at the velocity it was six to eight months ago, it’s still very active. Savvy investors are looking beyond the noise at the fundamentals, and the fundamentals of the market remain strong.

Historically, the mobile home park space has been widely known as a recession-proof asset class. As the most affordable housing option, demand for our homes actually increases during a recession.

Other fundamentals to consider are rental and occupancy rates. Rental rates across the MHP space continue to rise. Most MHPs remain at below-market rents, providing a great deal of room for potential upside in rents.

At the macro level, occupancy rates are at all-time highs. However, at the micro level, there is tremendous opportunity for optimizing occupancy at parks across the country in all markets.

In addition, the recent attention by the administration, FHA, and Freddie Mac on affordable housing, and especially manufactured housing, has opened new avenues for consumers and investors. For example, the Federal Housing Administration proposed a rule to annually adjust the loan limits for its Title I Manufactured Home Loan Program, a program that insures loans used to finance manufactured homes titled as personal property. Other proposed or enacted actions include helping states and localities eliminate needless barriers to affordable housing production, including permitting for manufactured housing communities, and creating separate indexes and updating loan limits for Title I Manufactured Home Loan Program.

There is no doubt that untapped value and opportunity remain in the mobile home park market, and the fundamentals prove it.

For sellers, there is value in what they’ve built. Tapping into that value will open new opportunities.

For investors, there is untapped opportunity in the inherent value of the property.

While this unchartered territory brings uncertainty, one thing is definite, there is plenty of opportunity in uncertainty for mobile home park owners and investors.

Manufactured home community owners and operators, as well as other industry professionals, are meeting Wednesday through Friday in downtown Chicago for the annual NCC...
Load more