Prior to Calabria’s confirmation, Comptroller of the Currency Joseph Otting served as acting director following Mel Watt’s term as director.

“I congratulate Mark Calabria on his confirmation by the U.S. Senate to serve as director of the Federal Housing Finance Agency,” Otting said in a statement. “I am confident that Mark will do a great job leading the FHFA. He recognizes the need to work toward a housing finance system that protects taxpayers and meets our nation’s housing needs.”

The Calabria confirmation has been received favorably in the mortgage and housing sectors.

John Smaby is president of the National Association of Realtors. 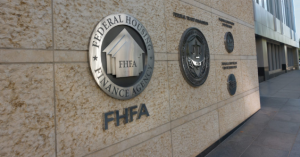 “Dr. Calabria has decades of experience in the housing industry, including time spent as an economist at NAR, and he understands the critical importance of the FHFA’s prudent management of America’s housing finance system,” Smaby said. “As he begins his tenure, we urge Director Calabria to work closely with Congress in the effort to responsibly reform the GSEs, particularly in search of policies that protect the 30-year fixed-rate mortgage, secure a government guarantee and emphasize taxpayer and consumer protection.”

Among the FHFA initiatives is the quarterly Housing Price Index. In its latest release, the HPI included a report that shows manufactured housing retains value much like site-built housing.

At his confirmation hearing, Calabria reaffirmed his commitment to the FHFA’s Duty to Serve mandate. MHI sent numerous letters of support throughout the Calabria confirmation process. The organization worked with the White House and Senate leaders to secure his confirmation.

MHI, in a statement following the Calabria confirmation, said the new director has extensive experience in housing and financial services. In addition, Calabria has a thorough understanding of the importance of manufactured housing as an affordable source of quality homeownership.

As the top housing staff member on the Senate Banking Committee, he lead the drafting of the Housing and Economic Recovery Act of 2008. The act created the FHFA as a strengthened regulator of the government-sponsored enterprises. Importantly, it also established the Duty to Serve requirements for Fannie Mae and Freddie Mac.

The act requires both entities to support manufactured housing in the secondary market.

“MBA applauds the Senate for confirming Mark Calabria to be the next director of the Federal Housing Finance Agency. His knowledge and experience will serve him well as he takes over this dynamic agency at such a critical time,” Mortgage Bankers Association President and CEO Robert Broeksmit said.

Additionally, the National Association of Home Builders congratulated Calabria on his Senate confirmation as the new director of the Federal Housing Finance Agency.

“He brings considerable housing finance experience to the job,” NAHB Chairman Greg Ugalde said. “We look forward to working with Mark to advance comprehensive housing finance reform that maintains an appropriate level of federal support to ensure an adequate flow of affordable housing credit in all economic and financial conditions.”

During his time as a senior aide, Calabria served on the Senate Banking Committee, where he was one of the lead drafters of the Housing and Economic Recovery Act of 2008, which created FHFA.