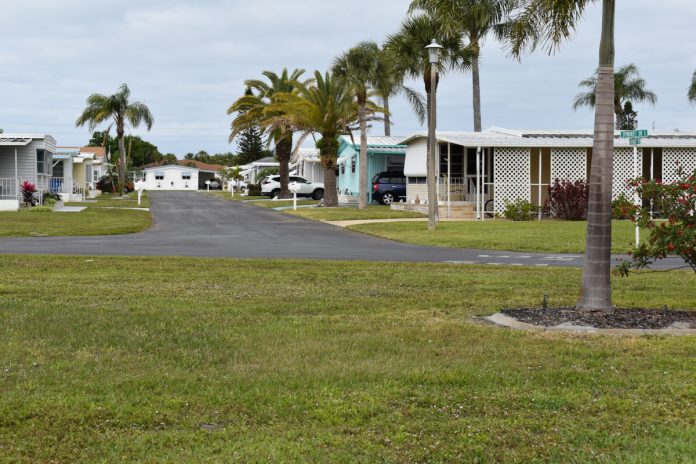 Changes to the tax laws are coming. The question now is to what and by how much.

Just a few weeks ago, the federal government provided a clearer picture of where and what the focus of those changes will be with the release of the American Families Plan Fact Sheet on April 28 of this year.  For commercial real estate and mobile home park owners, the stakes couldn’t be higher.

Anyone even remotely connected to commercial real estate knows that there’s been a great deal of apprehension, discussion, and anxious buzz around the proposed tax changes. Much of that comes from the uncertainty of what’s to come while the rest stems from knowing that the pockets of commercial property investors are getting primed to feel some pain.

Let’s tackle the first part of that… uncertainty.

Many commercial real estate investors, analysts, and talking heads have been speculating about the coming tax changes for over a year. But not until just a few weeks ago did we have a clear picture of the scope of the proposal. The official brief released on April 28 of this year, shed some much-needed light on the topic.

And the scope of potential tax changes is wide and extensive.

The Facts on Potential Tax Changes

In March of this year, the federal government signed into law the American Rescue Plan. The plan sent approximately 161 million payments of up to $1,400 per person and put into play a plan for school re-openings and vaccinations.

Following that plan, the government proposed two additional initiatives: the $2.65 trillion American Jobs Plan and the $1.8 trillion American Families Plan. The White House describes the goal of these programs as follows:

Reducing uncertainty is about obtaining the facts. I encourage everyone to read through both fact sheets.

The goal of the proposed tax changes is partially to finance these two plans. Of most importance to manufactured home community owners are those potential tax changes to Section 1031 of the IRS Code (IRC) which stipulates the following per the Internal Revenue Service’s own Fact Sheet.

What this means is that park owners can sell their communities and defer the taxes on the gain. These gains, especially for long-term holders, can be considerable and often in the tens of millions of dollars.

By deferring the taxes on the gain, owners can save millions of dollars in taxes which —per the 1031 exchange rule — they must reinvest in like-kind property. This reinvestment pumps money back into communities in the form of:

If an owner bought a community for $5 million 10 years ago and they can now sell it for $15 million, the 1031 rule would allow them to reinvest the complete $15 million in sales proceeds minus some other taxes that may account for about 10%. Instead of buying one property, they could now buy two reinvesting almost three times the original amount.

Without the 1031 rule, the seller would have to pay somewhere in the range of 50% on the gain (federal, plus others). This means that they now only have $10 million to reinvest.

Here’s how they’re laid out in the American Families Plan Fact Sheet:

From an analytical point of view, the plans aim to help the residents of manufactured home communities. In fact, in the industry, we know that the payments have helped maintain high rent collection levels. However, the plans are also targeting the very investment incentives that could improve living conditions through reinvestment in communities, job creation, and new supplies of capital infusion.

The Impact of the 1031 Rule and Proposed Tax Changes

The majority of the mobile and manufactured home sales transactions in the industry would be impacted by changes to the 1031 exchange since most properties will have achieved greater gains of $500,000.

Here’s how I think the proposed tax changes will play out as word gets out from the industry to investors, property owners, and buyers:

As more owners get word of the potential tax changes, short- and medium-term investors will begin to look at other asset classes outside of real estate for less expensive gains and bigger opportunities. As a result, prices will begin to drop as supply begins to overtake demand.

Fewer sales would mean that manufactured housing communities would be held much longer, reducing new capital infusion. Many properties would be held beyond the period during which the existing ownership could continue to add value, benefit the mobile home park itself as well as the surrounding community, and as a result, reach a point of decline. This will especially be the case if the surrounding area isn’t benefiting from new capital infusion as previously described.

While the proposed tax changes are just that — a proposal — and will likely be revised before passing. The fact of the matter is that amid all the uncertainty, one thing is certain… changes are coming to the tax code.

What that means for community owners is that if you had plans to sell in the next five years, that timeline has shortened considerably. Don’t wait to see what’s going to happen to start looking at your options. If you wait too long, you could end up with a property that is worth less than what you could sell for now, and a huge tax bill.