Board Amends Bylaws to Allow for Dual Leadership

Gooch and Bowersox, who currently serve as executive vice presidents at MHI, will succeed current president and CEO Richard Jennison upon his retirement at year’s end.

“During their time at MHI, Lesli and Mark have been highly effective for our industry,” MHI Board Chairman Tom Hodges said. “We are very excited about them taking the helm at MHI and about the future of the organization under their leadership.”

The announcement was the culmination of a months-long search to replace retiring CEO Jennison. MHI’s Board assembled a search committee, which interviewed and evaluated multiple candidates for the role. Ultimately, a special board meeting was held to amend the organization’s bylaws, creating a dual leadership structure.

“The new leadership structure for MHI creates a unique co-ownership model,” said Hodges. “It allows more capacity within the MHI team to grow the strength of the association and improve outcomes for our members. It’s MHI 2.0.”

Lesli and Mark expressed gratitude for the opportunity to lead MHI’s team and the industry. “We wholly believe that this unique model of leadership positions us to use our complementary skill sets and leadership traits to improve the culture, structure and bottom-line results of MHI,” they stated in a note to the Board. “We believe our skills, abilities, experience and mutual respect make this the best structure to lead the manufactured housing industry into the future.” 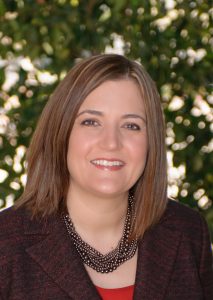 Lesli Gooch, currently MHI’s Executive Vice President of Advocacy and Communications, joined the organization in 2014. Because of established, long-standing and bipartisan relationships across Washington, Gooch has helped MHI become an influential and relied upon resource for housing policy, including with Congress, the Administration, the GSEs, the media and other housing industry groups.

She has secured appearances by key Administration officials and members of Congress at association events, including multiple addresses by the HUD Secretary.

During her tenure, she has secured a number of legislative and regulatory successes and a significant increase in bipartisan support for MHI priorities. By completely revamping the approach for grassroots outreach, she significantly improved the effectiveness of the deployment of these assets. Gooch has a doctorate in political science from the prestigious Carl Albert Congressional Research and Studies Center at the University of Oklahoma with concentrations in American government, public policy, and public administration.

Her dissertation, which explores the motivations of members of Congress in selecting issues to champion, provides her with valuable insights and experience about how best to advocate on behalf of the industry. 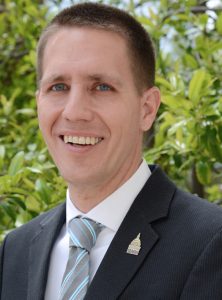 Mark Bowersox is currently MHI’s Executive Vice President of Industry Relations. Since joining MHI in 2015, Bowersox has overseen the development of new training programs for community managers, salespeople, and installers which have been migrated to an online learning platform to create a user-friendly experience for members.

With Bowersox heading up MHI’s industry relations efforts the organization’s membership has grown from under 300 members in 2015 to over 900 today.

Event attendance increased by more than 50 percent during the same time period. He joined the organization after serving as the Executive Director of the Indiana Manufactured Housing Association — Recreation Vehicle Indiana Council, where he led all aspects of the organization including financial and personnel management, membership recruitment, board member and volunteer development, industry promotion and advocacy.

Representing both industries as a legislative and regulatory lobbyist, he developed relationships with employees and elected officials in local, state and federal offices. Working at the state level for more than 10 years, Bowersox built his knowledge of the industry from the ground up with first-hand experience in zoning, titling, installations and other challenging issues. He began his trade association career at an association management firm where he managed national trade associations.