Submetering of water utilities in manufactured home communities has been an increasingly relevant investment for property owners, particularly for communities handed down to younger generations or acquired for investment portfolios.

What is Water Submetering?

Submetering involves the installation of a water meter for each home in a land-lease community. This enables property owners to bill residents directly and more accurately for the use of household water.

“Submetering is pretty much all we do. All of our services relate to it,” he said.

Metron works in 30 states, including all of the western states.

Its parent company installs meters on a contract basis for large metro areas. Minogue said his group primarily services manufactured housing communities. A substantial amount of its business comes from a contract to serve residents at RV Horizons’ properties.

“There are a couple of things that really distinguish us, and what’s most important is our quality of data and an hourly report on the web portal we make available customers,” he said.  “The other thing about our system is that we don’t need power on-site or web service on the property, and that’s different from a lot of what’s in the market today.

“For a lot of owners, particularly in remote areas, they don’t have the resources to manage that type of on-site infrastructure,” Minogue said. “Many of these communities don’t have general management on site even, or perhaps one person who resides in the community.”

Metron fabricates and assembles much of its product in Colorado, and has devised a way to protect “the brain” of the system from moisture.

“If you have a hollow cavity, there’s micro-condensation on the electronics. We found this way of filling it with the inert gel and baking it in a microwave oven,” he said. “We have meters in Houston and Florida, and with the recent storms, we only lost five meters.”

All Types of Properties Benefit from Submetering

Apex is based in Columbus, Ga. The company has been in business for a dozen years. It serves multi-family, manufactured housing, master planned communities, as well as commercial retail and athletic facilities.

“The changes can be dramatic in utility usage and costs,” national sales manager for Apex Billing Solutions Jacqueline Causey Schroeder said. “Individual water use really is too volatile to accurately track and charge as part of rent from month to month. And rent isn’t something that you want moving around in cost.”

Apex operates up and along the Eastern Seaboard as well as in the Midwest.

“One of the primary differences with MH communities is that everything is above ground. This leaves the systems more vulnerable to weather damage and they can become recipients of incidental damage or vandalism,” Beck said. “With today’s technology, we can dial into someone’s home and figure out problems and solve them a lot faster and more efficiently than we’ve been able to previously.

“We create reports that verify rates and tariffs are being applied properly,” he said. “And we’re able to fish out if there are any abnormalities in billing and get it fixed before it affects a customer’s bottom line.”

The submetering technologies fit right in with other environmentally friendly measures, such as low-flow toilets and aerator faucet adapters that keep costs under control.

Infinity Billing Services provides submetering for manufactured home communities in the Midwest and in the Carolinas and Georgia. Steve Francis, the owner and president of Infinity, said submetering simplifies the billing process with a minimal initial investment.

“A lot of property owners don’t send a bill for rent every month, they just expect residents to know that payment is due,” he said. “The reason most communities submeter today is because it creates an avenue for accurate recovery of costs. You end up seeing a 15 to 30 percent reduction in usage.”

“Suddenly it’s a considered cost that translates into people using less water, and residents who are more inclined to fix leaks,” Francis said.

Francis said Infinity bills about 12,000 of its customers’ residents, most of whom are in Michigan, Ohio and Wisconsin.

This has become all the more important in recent years, with the consistent national rise in water rates. 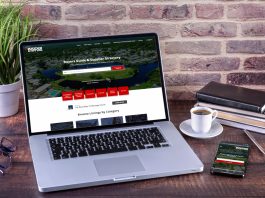 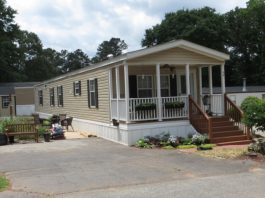 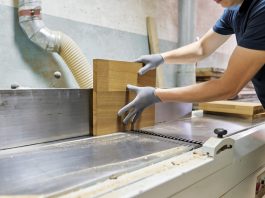