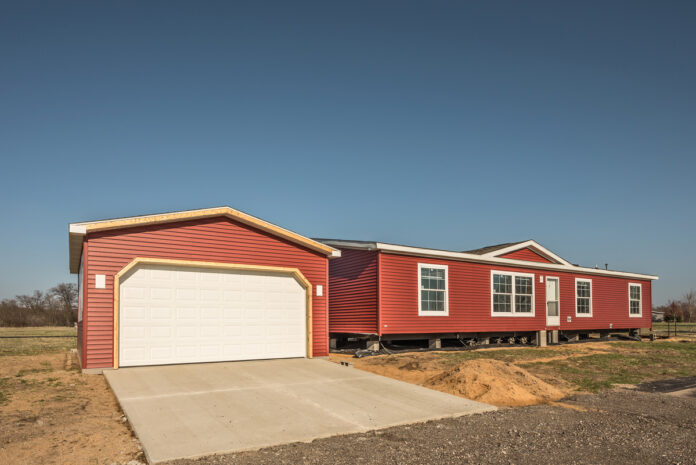 The rise of manufactured housing began in the 1960s and continued as one of the predominant forms of housing developments until the late 1980s when local governments started to push back on adding more “trailer parks” to their cities. Zoning restrictions were enacted to prevent these kinds of developments in exchange for more dense housing such as apartments and condos. The real motivation behind these restrictions was more tax dollars from a “higher and better use” of the land. This basically translated into the higher you build, the more tax revenue you generate. As such, developers were highly incentivized to build this product type as government grants and tax breaks were plentiful during this time.

Ever since, these incentives have remained in place and local government officials have continued to preach “Not in My Backyard!” when it comes to allowing the development of manufactured housing communities.

Fast forward 30-plus years and the U.S. faces its biggest ever housing crisis. Housing prices have grown by 5, 10, even 20 times in some cities since the last wave of manufactured home communities were developed.

Labor and materials have become more and more scarce and expensive causing housing supply to leave a deficit estimated in the tens of millions nationwide. Affordable housing has become an oxymoron while all of these factors clearly point to the need for more manufactured housing.

Luckily, it seems like some governments are finally waking up.

Lawmakers in Arizona, Maine, Maryland, Massachusetts, and North Carolina are taking aim at local zoning restrictions against manufactured housing. Instead of using rent control, some states are looking to deregulate county and city zoning restrictions that prevent affordable housing; an attempt to switch the narrative to “Let Them Play!”.

Over the last year, we have tracked over 15,000 sites being developed across Texas, Arizona, and the Southeast. As more investment moves into the space, we see land valuations rise as it progresses thru each stage of development. Understanding the stages of the development process and the value of each stage is very important.

First, there is “As-Is” — which is exactly what it seems — land with either no zoning or an agricultural designation. The fair market value of comps and makeup of the local regulatory environment weigh heavily on the valuation. Next, there is “Entitlement” — of which there are various levels. Limited Entitlements are used to describe areas without zoning within utility districts, whereas a project is Fully Entitled when the zoning and permitting of a project is complete. Today, in a market where lot rents are in the $500-$600/month, projects that are fully entitled are trading for $15k-$35k per lot. Then, there is “Build-To-Suit” — which comes into play once zoning and entitlements are completed. At this stage, a buyer has more autonomy over the development as long as it meets any setback or other zoning requirements. Savvy developers can set up a joint venture or partnership structure with larger equity groups. These deals can be structured as with a Right of First Refusal (“ROFR”) on the built asset or a more hands on JV structure that phases out the developers at checkpoints. Finally, there is “Stabilized” – which is the finished product from the development process. Developers that are trying to stabilize a property will need to make sure they can get an appropriate home allocation from a manufacturer. This will be crucial for bringing the community to stabilization. 21st Mortgage, Triad, Vanderbilt, and Cascade are chattel lenders that currently offer a competitive program for helping community owners finance inventory and end-users creatively finance the purchase of their homes.

New Tools for the Trade

As development is finally back in the MH industry, it is even more important that developers have the right tools to make these projects a success. If these communities are built the right way, more state and local governments should provide the necessary support for future manufactured housing developments. And since technology has changed so much since the last MH development wave, it is crucial that we use the availability of new technology to our advantage. Tools such as Land Vision, Zoneonomics, and Carta can be very helpful. Land Vision is a robust GIS mapping tool for zoning, parcel, flood maps, etc. It also allows you to upload your own maps, customizing the user experience. Zoneonomics is a great tool for looking “under the hood” of parcel zoning data. Zoneonomics is currently acquiring municipality data across many states and users can get 16 professional reports per month for $150. Finally, Carta helps GP’s manage LP interests and keeps the cap table organized. It is currently in beta stages for secondary trading market for LP interests. This could be the tool that provides liquidity for private equity markets.

Mitch Gonzalez is the director of land sales and development for Yale Realty and Capital Advisors, and previously ran a construction company providing general contracting services for brands such as Emcure Urgent Care, Jonna Properties, and Safeway Oil Company. Gonzalez has been the transaction manager on almost $70 million in closings, and now helps clients with land sales and development consulting.

One Historic Night at the Hall