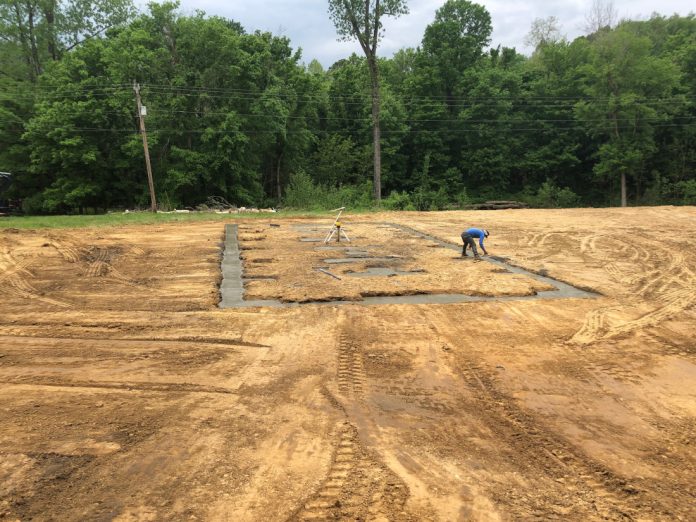 Brandon Boswell recently made headlines in Owensboro, KY., for his work ethic, entrepreneurship, and youth. At just 24 years old, Boswell has secured the concrete and foundation work for Kentucky Dream Homes, the largest manufactured home dealer in central Kentucky.

How does someone who studied welding in high school, and then worked as a boilermaker, come to run a successful excavation business in the manufactured housing industry?

He is the owner of Troutman’s Mobile Home Transport and Sales of Utica, Ky. He also got his start in manufactured housing early, the second day after his high school graduation back in 1998.

There are other similarities — and some differences — between Boswell’s and Troutman’s stories.

“I’ve known Brandon since he was in diapers,” Troutman said of the owner of Bozz’s Excavating. “We were next-door neighbors. He’d come over and help at 13, 14 years old and work with me moving homes. Later on, when he came to me, I felt like I could bring the guy on. I opened the window and he climbed through.”

Like Boswell, Troutman also got into the manufactured housing industry by first learning from an elder. Troutman’s grandfather helped him transport mobile homes as a teenager before deciding to make it his business as a young adult. Jake Troutman, whom Troutman calls Granddad, worked with his former protégé full-time, post-retirement, for 18 years.

Troutman’s first mobile home delivery back in 1998 went smoothly, but on his second delivery, he knocked over seven mailboxes.

“Granddad looked at me and said, ‘Son, you’re gonna have to do a little better,’” Troutman said.

Boswell, on the other hand, took more time to learn on his own.

“I think my biggest challenge was going into my first day and not knowing a thing,” Boswell said. Boswell had never dug and poured a foundation before his first job for Kentucky Dream Homes. He learned what he could from YouTube and then figured it out in the field as he went, renting the equipment he needed from Troutman until he could afford his own.

Today, Boswell can dig and pour a foundation in a day. But that first day, it took him and his brother 17 hours just to dig for the foundation.

“Every time I drive past it, I look at it,” Boswell said.

Business as the Product of, not the Impetus for, Strong Support Networks

Both Boswell and Troutman describe the other as hard-working and smart, the sort of all-around competent person you can trust to get the job done, and done well. But neither is quick to take credit for their accomplishments, each attributing their individual success to the team of people around them, their networks of personal and professional connections.

For Boswell, only two years in, that network remains relatively small: his girlfriend, one full-time employee, and C.J. Troutman. Troutman’s circle, 21 years in the making, is understandably bigger. He credits his grandma and granddad, who at nearly 90 years old still help run the rental side of Troutman Mobile Home Transport and Sales; his foreman, Les; his assistant, Baily; Mason Quick of Kentucky Dream Homes; and former Kentucky Dream Homes manager Joe Marchberry, who once told him, “Son, if you’re going to be in this business, you learn to sail the ship in all weather conditions.”

A Man, a Stuck Truck, and a Wheelbarrow

When asked about his most difficult job site, Boswell talks about the time six months into his work excavating and pouring foundations for Kentucky Dream Homes when the cement truck buried itself.

“We had to move seven yards of concrete — that’s four thousand pounds — by hand,” Boswell said.