The flow of manufactured home builders in the tiny house industry is increasing year by year, as evidence by increased attendance at the Tiny House and Simple Living Jamboree, which this year is launching a new “Industry Days” to the front of its public show.

Approximately 75 homes will be on display. These include park models, small modular homes and tiny homes on wheels, often called “THOWs”.

The event takes place August 23-26 at the Travis County Expo Center. The first two days will be the first-ever industry only event for tiny home professionals. The Jamboree opens to the public for the weekend. 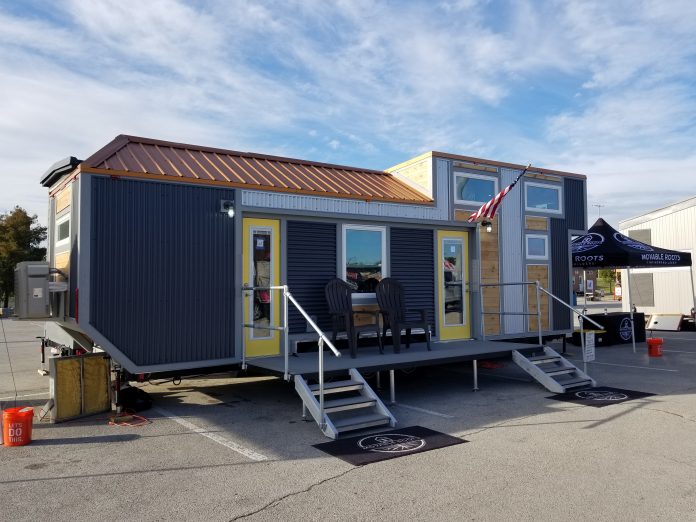 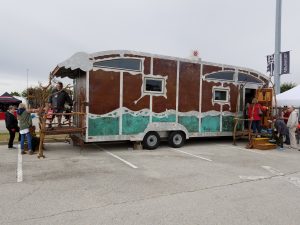 Dungan has made his name as an architect by building large, custom residences — something he continues and that’s about as far off as you can be from the tiny house.

“When I was approached by Clayton I had no background with tiny homes, but when they showed me a few things I thought it might be a challenge to design something that is small and still has a good feel,” Dungan said. “It’s a fascinating thing to watch this industry evolve and attract so many people from other places that you might not have guessed would be entering this arena.”

Dungan said he put together five designs for Clayton, and two have been built.

“It really can work, and work very well,” he said of tiny spaces. “I’ve been in a tiny home with five or six other people, and it felt really relaxed and inspiring. The homes have come out very nicely.”

In addition to the design and build disciplines, the exhibitor’s floor will have several service and product suppliers that cross sectors from manufactured housing to tiny houses and RVs.

More than 1,500 people will attend the new Industry Days at the Tiny House Jamboree, according to Jon Fontane of Reed Exhibitions. However, another 10,000 could be in attendance for the general public on the weekend.

Manufactured Home Builders Among the Many to Converge on Tiny Spaces

There has been a convergence in the tiny structure space. This coincides with a more organized and professional approach from independent builders and “hobbyists” in establishment of accepted building codes, education, and work on zoning requirements.

Dick Grymonprez, director of park model sales for Athens, will serve on an event-opening panel with several other builders, developers, product and services providers, including yours truly from MHInsider.

Grymonprez spent 37 years in manufactured housing and the RV industry, working exclusively in RV for the last 14 years.

Grymonprez said the “tiny home craze” has helped the business, which sells its park models through Titan Factory Direct.

“We’re bringing three beautiful park model RVs for attendees to see,” Grymonprez said. “We want to let ourself be known as an attractive part of the mix when it comes to tiny spaces.”

Another presence on the panel from manufactured housing will be Ernesto Iglesias, who has been in in the manufactured home industry for more than 25 years. He is vice president of sales and marketing for Roberts Communities. Based in Austin, he is a primary player in the development of Village Farm, a tiny house community, and with ongoing management of Austin’s Original Tiny Home Hotel.

Darin Zaruba, founder of the Jamboree and CEO of Zinc Homes, said builder and product exhibitors at the 2018 Jamboree will get automatic first-year membership into the new Tiny Home Industry Association.

The Tiny Home Industry Association will exhibit at space 304, and talk with attendees interested in how the organization will professionally advocate for the tiny home lifestyle and the emerging industry by supporting its people, product and policies.

The association already has an interim board of directors. When the membership rolls grow, a call for votes will determine the new full-time board and will result in committee assignments to address industry needs like land development, code and safety, builder and product interests, marketing and other areas of intent.

General Public Sessions at the Jamboree

Among the special guests for the weekend general public days will be Zack Giffin, co-host of Tiny House Nation, He has a knack for creating unique space-saving furniture for tiny houses.

There also will be performances from street artists, including tiny food connoisseur Tom Brown, a miniature objects artist who works with a one-sixth scale kitchen. He makes tiny food with more than 100 tiny tools, and will do a series of live demonstrations and tastings.

Buy tickets and book lodging now while access is available.