The Department of Housing and Urban Development (HUD) has filed a complaint against Facebook claiming it has allowed “landlords and home sellers to use its advertising platform to engage in housing discrimination.”

Facebook then invites advertisers to express unlawful preferences by offering discriminatory options, allowing them to effectively limit housing options for these protected classes under the guise of ‘targeted advertising.’”

“The Fair Housing Act prohibits housing discrimination including those who might limit or deny housing options with a click of a mouse,” said Anna María Farías, HUD’s Assistant Secretary for Fair Housing and Equal Opportunity. “When Facebook uses the vast amount of personal data it collects to help advertisers to discriminate, it’s the same as slamming the door in someone’s face.”

The Complaint alleges Facebook’s current platform for home sales and rentals allows users to purposely filter advertisements for housing away from persons that are protected under the Fair Housing Act.

The press release regarding the complaint against Facebook notes that advertisers have the option to:

Facebook has responded that discrimination is strictly prohibited by its policies and they will respond in court, while continuing to work with HUD on the issues raised in the complaint.

The case against Facebook is what is referred to as a secretary-initiated complaint. This means the complaint was brought by HUD Secretary Ben Carson because the issue is national in scope. 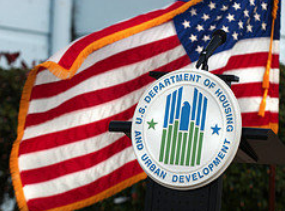 And, the action comes following a recent announcement by HUD that the focus of fair housing enforcement is shifting to a goal of promoting more housing development overall. As HUD begins its formal fact-finding process against Facebook, MHI encourages ALL manufactured housing communities, retailers and manufacturers to review their on- line advertisements to determine if their targeting follows a pattern outlined in HUD’s Complaint. Any targeting of advertisements that purposefully excludes classes of persons protected from discrimination under federal, state or local law should be discontinued IMMEDIATELY.