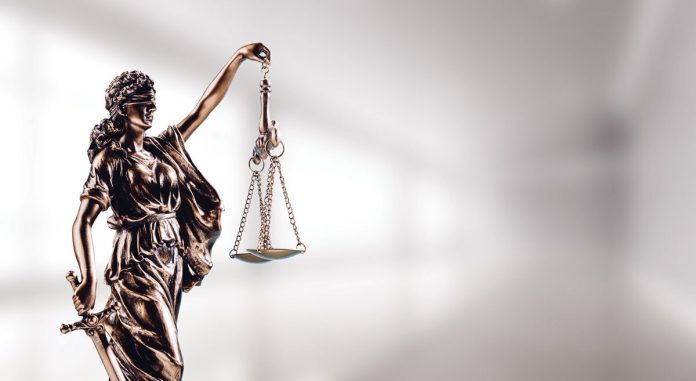 This past January, HUD published its “third set” final rule amending the HUD Code. The effective date was originally March 15, 2021. However, in response to requests from several manufacturers struggling with delays caused by the COVID-19 pandemic, HUD agreed to postpone implementation. The new date, Monday, July 12, gave manufacturers and other stakeholders more time to navigate production backlogs and implement the required system updates necessary to comply with the new regulations.

While the final rule is important, perhaps a more fundamental question is: How is the HUD Code even updated?

For many manufactured home professionals — including more industry veterans than would probably care to admit — how the HUD Code is updated remains cloaked in a bit of mystery. After this two-part column, readers should better understand the HUD Code and the rulemaking process.

Since 1974, when the National Manufactured Housing Construction and Safety Standards Act was signed into law — establishing a federal minimum standard for the industry — HUD has maintained jurisdiction over the construction, safety, and administrative rules for manufactured housing. Technically, the 1974 Act originally was titled the National Mobile Home Construction and Safety Standards Act, but was retroactively amended by the Housing and Community Development Act of 1980, which also replaced every instance of “mobile home” with “manufactured home”.

Decades later, the Manufactured Housing Improvement Act of 2000 substantially amended the 1974 Act. While the 2000 Improvement Act introduced several important updates, the creation of the Consensus Committee is critical to understanding how the HUD Code is amended.

The Consensus Committee — more commonly known as the Manufactured Home Consensus Committee or MHCC — is a federal advisory committee that provides recommendations to HUD regarding the adoption, revision, and interpretation of the manufactured housing construction and safety standards and the procedural and enforcement regulations (more commonly referred to as the HUD Code), among other responsibilities. It effectively replaced the 1974 Act’s National Manufactured Home Advisory Council.

The MHCC is composed of 21 HUD-appointed voting members, none of whom can be federal government employees, and one non-voting member who represents HUD. The Program Administrator for the Office of Manufactured Housing Programs is HUD’s Designated Federal Official. To promote diverse perspectives, voting members are divided into three groups

The Producers and Users are self-explanatory, and General Interest is less clear; while this group typically consists of representatives from the Primary Inspection Agencies and State Administrative Agencies, it can include other representatives, such as industry consultants and advisers. Further, to promote independence and prohibit collusion, the 2000 Improvement Act also introduced additional safeguards, including term limits, staggered terms, supermajority voting provisions, and a financial independence test and post-employment ban for some members.

The MHCC has established four subcommittees — the Regulatory Enforcement, Structure and Design, Technical Systems, and General Subcommittees — each responsible for different parts of the HUD Code. Proposals that require a more comprehensive review, such as technical changes to plumbing or electrical provisions, might be delegated to a subcommittee, which will then report back to the MHCC with recommendations.

Like all federal advisory committees, the MHCC is subject to several administrative and public access requirements, including the Administrative Procedure Act (APA) and the Federal Advisory Committee Act (FACA). For example, in accordance with the 1974 Act as amended and the FACA, HUD is required to convene the MHCC not less than once during each two-year period, publish in the Federal Register advance notice of each meeting, including advance notice of any subcommittee meeting, and hold all meetings open and available to the public, whether meeting in-person, virtually, or via conference line. The MHCC also is expected to operate in conformance with procedures established by the American National Standards Institute.

Additionally, all MHCC recommendations approved by HUD must go through the APA’s notice-and-comment rulemaking process to ensure the public has an opportunity to review and comment on the proposed changes before becoming law.

Given its component parts, the HUD Code is more comprehensive than the 1974 Act and more robust than a typical building code. Further, while it is true the 1974 Act has undergone few revisions since inception, the HUD Code is frequently updated — roughly a half-dozen times over the last decade alone.

Admittedly, not every update is a comprehensive revision. For example, roughly eight years span the time between publication of the “second set” and “third set” of HUD Code amendments. However, during that time, HUD and the MHCC updated the requirements for ground anchor installations, introduced Subpart M, amended the RV exemption, and revised the formaldehyde notice requirement. Most recently, with the “third set” final rule, manufactured housing officially transitioned to the 2021 HUD Code, which is more current than virtually any other contemporary building code or standard adopted by a U.S. jurisdiction.

Like any standard-setting organization (SSO), HUD is not only responsible for reviewing proposals to update the HUD Code but also for establishing the framework and cadence of review. Generally, an SSO will update its codes and standards every three, four, or five years. For example, the International Code Council updates its family of International Codes on a three-year cycle and the National Fire Protection Association updates its standards every three to five years. However, instead of a three, four, or five-year cycle, HUD has implemented a rather ambitious two-year plan.

Technically, there is no statute or regulation that specifies how frequently the HUD Code must be updated. The 1974 Act only requires HUD to convene the MHCC not less than once during each two-year period to consider revisions. HUD has interpreted this as requiring it to solicit and collect proposals for revising the HUD Code, and then assemble the MHCC as frequently as necessary, but no less than once every two years. However, unlike SSOs, which strictly adhere to their development cycles, just because HUD and the MHCC review proposals on a two-year cycle does not mean the HUD Code is amended every two years. Sometimes it is updated more — or less — frequently.

Preparing a Federal Register Notice to Update the HUD Code

After the close of a review cycle, the next step is assembling the MHCC. However, to ensure the public has ample opportunity to participate, HUD must publish advance notice of every MHCC meeting in the Federal Register. During these meetings, the MHCC will review outstanding proposals, approve, modify, or reject each one, and then prepare for HUD a report summarizing its recommendations.

HUD will review the MHCC’s recommendations and work with its Office of General Counsel (OGC) to develop them into a proposed rule for publication in the Federal Register. As part of this step, HUD is also responsible for ensuring the rule complies with several federal requirements, including the APA, Regulatory Flexibility Act, and the Paperwork Reduction Act. Further, the proposed rule must be reviewed by the Office of Management and Budget (OMB), the largest office within the Executive Office of the President. OMB will confirm that the proposal is consistent with the Administration’s broader policy directives. Given that HUD is a United States federal executive department and the HUD Secretary is nominated by the President, rarely — if ever — will a rule be published without OMB approval.

Once approved by OMB, the proposed rule is then published in the Federal Register and open for public comment, which usually runs for 30-60 days. After the window closes, HUD will review any comments received and, at its discretion, incorporate or reject them, with an explanation of its decision. HUD might even withdraw or abandon its efforts, as it did with its interpretive bulletin regarding frost-free foundations. Assuming HUD moves forward with its proposal, it will prepare a final rule for OMB review. After another round of approvals, the final rule will be published in the Federal Register with a future effective date for the new requirements.

HUD’s “third set” final rule illustrates the complexities of the regulatory change process. In January 2020, HUD published its proposed rule, which started the clock on a 60-day comment period. However, given that HUD’s “second set” final rule was published in late 2013, the “third set” proposed rule is actually the culmination of no fewer than six years of MHCC recommendations over three HUD Code review cycles.

HUD ultimately received over 40 public comments, which is a lot for a manufactured housing initiative (although, for perspective, it is not uncommon for other federal rulemaking initiatives to receive hundreds of comments). It then spent the next nine months reviewing these comments and coordinating with its OGC to develop a final rule that incorporated the public’s feedback.

In conclusion, the HUD Code is not an antiquated system that trails behind other codes and standards in terms of safety and technical proficiency. Instead, amending it is a deliberately methodical process. By HUD’s own estimation, it takes 10 steps (and usually a few years) to get from an “initiating event” to publication of a final rule. Unfortunately, critics have latched onto this, turning it into a common refrain: the HUD Code is never updated. While it may not be updated as routinely as other codes and standards, inconsistency is not a proxy for inferiority.

Fed Doubles Down with Half Point Hike in Key Rate