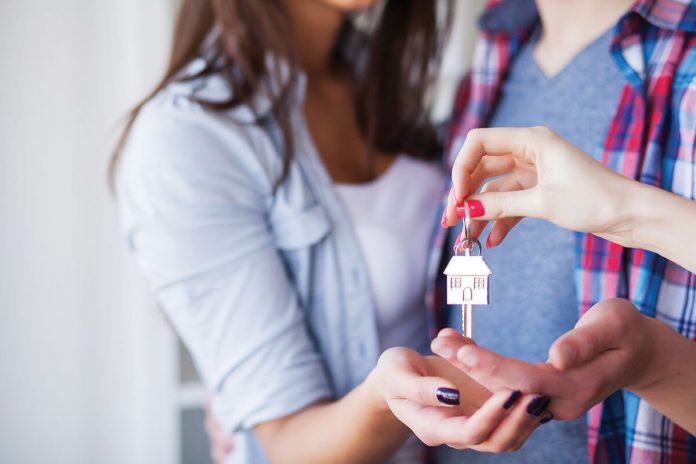 Among the thousands of statistics that the government produces to describe the country’s economic and social health, the homeownership rate has an exalted place among policymakers in Washington. This single statistic – currently running about 65% – is regarded as one of the most important comprehensive measures of how well the country’s socioeconomic system is “delivering the goods” for the typical American family. A high homeownership rate reflects that many families have income large enough not only to cover monthly living costs but also to generate enough cash surplus to save for a downpayment and then to sustain homeownership. It also indicates that the cost of purchasing a house and financing a mortgage on it is affordable.

In addition, homeownership is regarded as causing an improvement in the quality of life of a typical family. It is the most common method for such a family to build wealth: by paying down mortgage principal each month and participating in the long-term appreciation of home values, a family can build net worth that can be used for retirement or other needs, including helping the next generation.

Such wealth creation, therefore, provides a major social as well as an economic benefit. Add in protection against being forced to relocate by a landlord due to unaffordable rent increases or other actions, and homeownership is validly seen as a source of family stability.

Not surprisingly, politicians and policymakers are therefore often focused on finding ways to sustainably push the homeownership rate higher. As a participant in the housing finance policy community since 2012, when I became CEO of Freddie Mac, I have heard often how crucial housing finance was in creating the much higher rate of homeownership that evolved after World War II – roughly 65%, compared to less than 50% prior to the Great Depression. I have also heard frequently from housing advocates how a specific proposed change in housing finance would result in many more families (the phrase “millions” is sometimes used) becoming homeowners. Astonishingly, despite such claims, through decades of the government implementing various programs in housing finance aimed at increasing the sustainable rate of homeownership, it remains today at almost exactly the level achieved over 50 years ago – about 65%.

It thus seems time to step back, take stock, and look for fresh ideas.

As such a step, my newly-published paper “The Homeownership Rate and Housing Finance Policy: Part 1 – Learning from the Rate’s History,” reviews the history of the U.S. homeownership rate over roughly the past 130 years to learn what policies will or will not work.

A summary of the history of home finance, as it is related in the full paper, is as follows:

The U.S. homeownership rate was at 46.5%, plus or minus 1.5%, from when records began to be kept in 1890 through to the end of the Roaring ‘20s four decades later. During this time, modern life began to take hold:  the percentage of the population that was urban, rather than rural, went from 35% to 56% and the number of registered automobiles went from zero to almost 24 million.  In fact, by 1930, seventy percent of American households were electrified to support the lightbulb, and then-modern electric marvels – such as the radio, record player, and telephone – were starting to become common in homes. Yet, despite this massive change in daily life, surprisingly the homeownership rate remained almost unchanged, Of course, as this was an era of small government, housing issues were largely left to market forces, so there was no government effort aimed at increasing the rate to 50% or more.

Through the early years of the Depression, more than one third of the country’s 25,000 banks disappeared and the unemployment rate rose to a staggering 25%. It is assumed the homeownership rate dropped during these years as well, but there is no readily available data to know for sure as the statistic was only collected every ten years via the census.  However, by the 1940 census, the homeownership rate sat at 43.6%, down only about four percentage points from its 1930 level of 47.8%, despite the breadth of decline in other parts of the economy. The federal government, first under President Hoover but mainly then President Roosevelt, initiated massive government intervention efforts, including in housing and housing finance, to aid American families and to dig out of the Depression.  In fact, there was a virtual revolution in how the mortgage system worked, with the creation of the “American” mortgage – with a long term (now 30 years), a fixed rate, full self-amortization, a loan-to-value ratio of 80% or more, and free prepayment at any time for any reason.  Prior to 1930, the typical mortgage was for only 50% of a house’s value, the term was a maximum of 10 years, and there was little if any amortization.  By 1940, of course, the country was starting wartime production, greatly aiding in the recovery.

After the war was won, the homeownership rate emerged at 53% in 1945, and then continued to climb to 60% in 1955, and on to better than 64% by 1969. This was totally unprecedented.  The causes of this incredible achievement are many.  The change to housing finance engineered during the 1930s played a major role, but there were other fundamental changes in American life that were significantly responsible as well. These included the GI Bill helping to create a much larger middle class, as well as the invention in the late 1940s of the modern suburbs that were, and still mostly are, centered around the ownership of the traditional single-family home.

During the 50-year era beginning in 1970, the homeownership rate remained stable at around 65%, give or take 2 percentage points, echoing how it had not changed much in the forty years of 1890 to 1930.  In fact, it started the era at 64.3% and ended up almost unchanged a full fifty years later at 65.3% when the pandemic hit. In the late ’90s the rate did increase to 67%, and then in the early 2000s nearly hit 70% – which was beginning to look like a sustainable increase beyond the 65% range.  However, this at least in part reflected the early days of the mortgage bubble, and its bursting was so overwhelming that the homeownership rate then began a long-term decline.  It eventually reached its bottom of 62.9% in April of 2016, a full ten years after the house price peak in 2006 and six to seven years after the end of the recession.

During this 50-year period, there were signature programs in housing finance that were designed to increase the homeownership rate, such as the Community Reinvestment Act and later the GSE obligation to meet certain “affordable goals.”  Unfortunately, it is clear from the data that none of these programs moved the needle at a sizeable level, although they might have in smaller numbers.

The objective of this Part 1 historical review is to establish a foundation for determining what policy choices, especially in the field of housing finance, would likely be successful in finally and sustainably raising the homeownership rate past the 65% range to 70% or even more – which will then be explored in Part 2.

It would indeed be a major socioeconomic success for the United States if the homeownership rate could rise to 70% or 75% on a sustainable basis: about 6 to 13 million more families (respectively) would become homeowners, with all the economic and social benefits that increase would generate. But, after so many programs designed to do just that have failed for the past half-century, it obviously isn’t an easy thing to accomplish – in fact, one inescapable conclusion from history is how incredibly hard it is.  The stubborn racial homeownership rate gap also plays a prominent role in how to increase the aggregate rate, as will also be described in next part.

In particular, Part 2 will include an examination of the proposal made by the Biden campaign to establish a large and generous down payment assistance program with Federal government funding. In my view, that proposal, which represents a significant change in the thinking that has dominated policymaking for many years, does indeed have the potential to be a major component of a successful effort to, at long last, materially and sustainably raise the homeownership rate materially above its long-standing 65% level.

Don Layton is a senior industry fellow with the Joint Center for Housing Studies of Harvard University and previously served as CEO of Freddie Mac. He worked for nearly 30 years at JPMorgan Chase and its predecessors, starting as a trainee and retiring in 2004 as one of its top three executives. The full publication of his homeownership research can be found at www.jchs.harvard.edu.