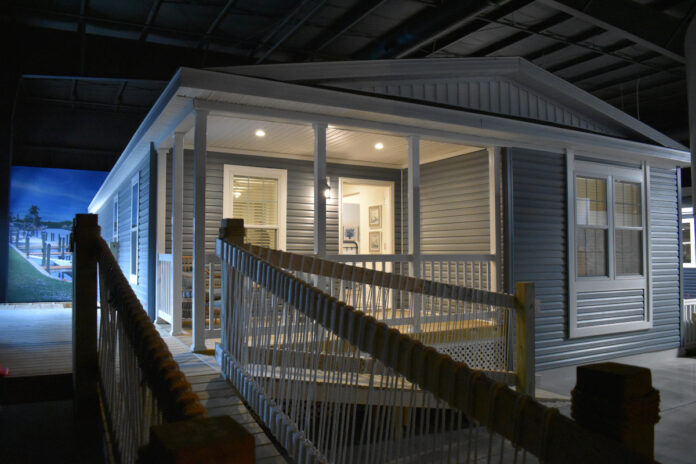 The RV/MH Hall of Fame in Elkhart, Ind., is celebrating multiple historic achievements in August, inducting 10 new honorees in its 50th year, as well as unveiling the much-anticipated Manufactured Housing Museum.

“This museum winds through time from the industry’s origins, through the present day, and finishing with tomorrow,” Searer said.

The museum is highly educational on everything the industry has to offer and features an immersive and interactive experience that takes the Hall of Fame’s new museum from being an attraction to a destination.

Origins of the Hall of Fame

The RV/MH  Hall of Fame was formed in 1972 by a group of industry magazine publishers, and during the ensuing years has been able to grow from a small library to a 40-acre campus featuring an RV Museum with 60 one-of-a-kind recreational vehicles, the new interactive manufactured housing museum, the world’s largest industry library, a hall dedicated to Go-RVING, an exhibitor’s hall, and the Hall of Fame. A 36,000 square foot convention hall is underway for the Northern Indiana Event Center, which already has a pair of halls providing 24,000 square feet of space, and a 250-unit multi-purpose rally/show site that also is a one million square foot parking lot with a 20,000 square foot climate-controlled pavilion at the center.

Dave Carter in 1986 sold a lumber yard and an electrical supply business to concentrate on Dave Carter & Associates, supplying the electrical and building product needs of the manufactured housing industry. In three years he took DCA from a regional provider to a national supplier with a dozen distribution centers. In 1993 the business added plumbing products, diversified into RV in 2008, and helped rebuild the manufactured housing industry during its 15+ year recent era of growth. DCA was named MHI Supplier of the Year in 2011, and Dave Carter continues to advocate for affordable housing on the local, regional, and national levels.

Harry Karsten built The Karsten Co. and Karsten Homes into a West Coast powerhouse. It was founded in 1995 and built its workforce to more than 700 people, including a couple hundred at the homebuilding facility at its plant near Mather Airport in Sacramento. The company expanded from California to other homebuilding sites in Albuquerque, N.M., Stayton, Ore., and Breckinridge, Texas. At the time it was purchased by Clayton in 2005, the facilities were putting out better than 1,700 homes a year in 14 states in the West and central United States.

Ray Gritton has been in the manufactured housing industry for more than 40 years. He started his first dealership in Modesto in the 1970s and has worked for large corporations in charge of hundreds of dealerships. He currently owns 13 locations in five states. Gritton has won multiple awards and has served on boards for state and national industry associations.

Tim Williams had a long, productive, and diverse career in manufactured housing even prior to co-founding 21st Mortgage in 1995. As CEO of the organization, he has been instrumental in providing improved financing for affordable homes across the country as well as growing 21st into one of Knoxville’s largest employers. In addition to his efforts in Tennessee, Williams has been a tireless advocate for manufactured housing in Washington, D.C., and nationwide.

Eugene Landy is a founder and current chairman of the board for UMH Properties, Inc., a publicly-owned REIT in the ownership and operation of manufactured home communities. He is a graduate of the U.S. Merchant Marine Academy as well as Yale Law School, where he served for many years on the board of advisors. UMH, now operated by Eugene’s son, Sam, has a portfolio of 127 manufactured home communities with about 24,000 developed homesites. These communities are located in New Jersey, New York, Ohio, Pennsylvania, Tennessee, Indiana, Michigan, Maryland, Alabama, and South Carolina. UMH also owns and operates one community in Florida through its joint venture with Nuveen Real Estate.

What Awaits Behind the Curtain of the New Scoular Museum?

The Manufactured Housing Museum is now open, an experience made possible by many individuals, most notably the museum’s namesake Jim Scoular, who donated to the effort in honor of his father, Ralph, who preceded him in the industry and as a member of the Hall of Fame.

The museum is a linear historical journey through time and into the future of manufactured housing, beginning with covered wagons on the American frontier and viewing the future of housing from a rather surprising vantage point.

The journey includes an appeal to all of the human senses, from crickets in the night to the aroma of fresh-cut grass, and a gentle breeze at your back. Veteran museum, zoo, and theme park designer Thomas Landgrebe left not a single trick on the table in the effort to create a remarkable experience in time and place.

“I appreciate so much what everyone who works here has done,” Jim Scoular, a South Dakota industry professional, said of the efforts in Elkhart, Ind. “It’s a dream come true for the industry, and it all comes back to the leadership here. It’s tremendous.”

With the addition of the new museum to complement its existing offerings, Searer said he anticipates annual visits to exceed 100,000. In the last 10 years the venue has matured from a hall, meeting space, and library valued at $500,000 to a much larger event space with two museums, a large outdoor rally site and pavilion, and the two museums now worth about $22 million.

“We’ve come a long way in a short period of time,” Searer said.

Among those who havee toured the hall was Joe Viglione, of Fairmont Homes, which donated the first modern home to the museum, jumpstarting subsequent donations and partnerships that have made the effort a success.

“This addition to the hall is a great thing for our industry,” said Kim Schultz-Rainford, who owns communities in Texas.

George Allen, a former community owner and consultant in manufactured housing, continues to write about industry advances and is a longtime supporter of the hall of fame.

“I have waited 44, the sum of my career, to see what I saw today,” Allen said following the sneak peek museum tour. “I am very impressed.”

Attendees have until July 31 to register for the Early Bird discount and take advantage of the discounted hotel group rate  The SECO National Conference...
Load more