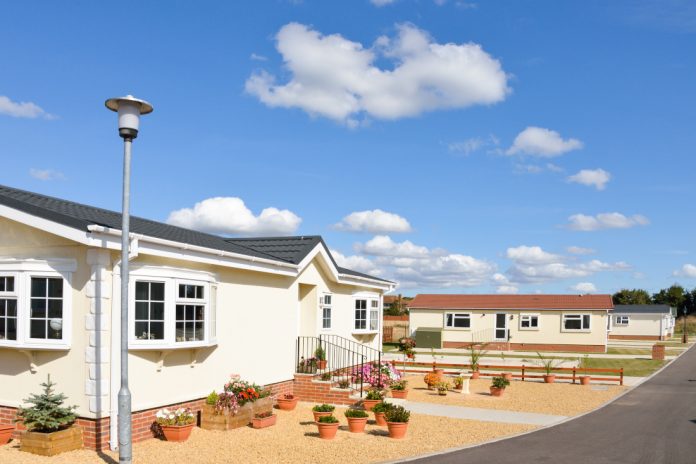 “There’s no better referral base than the park manager, who deals with every single person in the park,” said Cory Roberts, owner of Harris Mobile Home Sales in Tucson, Ariz. “If you can stay in their good graces, you stand a much better chance of successful sales.”

Harris Mobile Home Sales, which tries to get its salespeople in manufactured home communities as often as possible, gets a large number of its referrals from park managers.

“A lot of them we’ve known for many years,” Roberts said. “At the end of the day, they’re not under any obligation to give us referrals, so the better we treat them, the more likely they are to recommend us.”

Harris Mobile Home Sales concentrates on the sale of existing mobile homes in the Tucson area, most of which already sit in community lots. The company — which currently has 10 sales agents, all independent contractors — sells about 130 homes per year, Roberts said.

Roberts bought Harris Mobile Home Sales in 2007 from the original owner Larry Harris. Harris, who founded the company in 1979, hired Roberts as a salesman in 1995.

How Roberts Found His Way to Harris Homes

Roberts, now 44, was born and raised in Tucson, and still lives there with his wife and two children. He didn’t anticipate a career in sales when he was younger, even though his father was an insurance salesman. He attended college for a while but left early to join the workforce. Roberts was a cook, with a second job taking care of cars in a car lot, when Harris hired him to sell manufactured homes.

“I really enjoyed cooking, but the money was terrible at the time,” Roberts said.

Roberts’ connection with Harris goes back a long way — he’s known him since he was 5 years old. His father and Harris were friends. Despite the long history, Harris wasn’t sure if Roberts — who lacked a background not only in sales, but manufactured housing — was right for the job. But he offered the younger man a chance.

“The opportunity came about because we were friends,” Roberts said. “It wasn’t something I had planned on or looked for. But once I started doing it, I really liked it. I didn’t make a lot of money my first year, but I knew I could.”

It took Roberts awhile to find his sales style. His first trainer was an “old school” salesman from Texas — pushy and aggressive.

Finding Your Own Sales Style

“I had my doubts that I could ever be like that guy,” Roberts said. “It just wasn’t in me. Eventually, I realized I didn’t have to be like him. There are a lot of different ways to sell. You don’t have to be pushy. But you do have to be knowledgeable and available.”

As a boss, Harris was an easygoing guy. He wasn’t detail-oriented (his wife did the books), but he was well-liked and a good salesman, Roberts said.

“He taught me the basics of taking care of your salespeople,” Roberts said. “Also, he taught me how to recognize what customers want, to try to identify the things that are important to them.”

After a few years, Roberts became Harris’ sales manager. He ran the office for Harris Homes, assisted the other salespeople and closed all the deals. 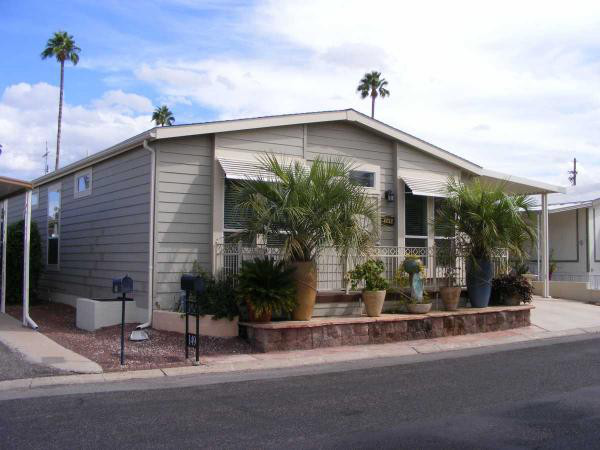 Roberts also sells real estate. He’s been a licensed realtor with Tierra Antigua Realty for 15 years. He earned his real estate license because some of his mobile home deals also involved land sales.

He said the manufactured housing market fluctuates at a different pace than the real estate market. Sometimes they move in the same direction. Often, they move in opposite directions. Real estate was booming in the early 2000s, for example, but the mobile home market was not. Years before the Great Recession hit the real estate market, the same cycle played out in the manufactured housing sector: banks loaned money to too many buyers with bad credit, leading to a plethora of repossessions. The banks went under — and to this day, it’s difficult for buyers to get a loan on an existing mobile home. They have to pay cash or arrange private financing, often at short terms and high interest rates, Roberts said.

Business didn’t get any easier during the Great Recession. Roberts bought Harris Mobile Home Sales in 2007 — not the best year, perhaps, to buy a housing business.

“For most people, that would be a model for disaster,” he said with a chuckle.

But the company survived, maintaining a minimal number of clients. The growth of social media and online advertising had its part in the success of Harris Homes. It’s much cheaper to advertise manufactured homes now than buying space in newspapers and the Yellow Pages, Roberts said.

Throughout all the ups and downs of the manufactured housing sector, the mainstay of Harris Mobile Home Sales has always been 55+ communities. For a long time, that market was primarily “snowbirds”, who would flock to Tucson from the Midwest or East Coast for six months of warmer weather. That’s still a big part of the business. However, rising rents are driving many buyers to seek more permanent living situations. Most buyers these days are at the end of their careers. They want to downsize. They’re moving on from the big house, big yard and 30-year mortgage.

Tucson’s rising lot rents are driven, at least in part, by independent owners selling their communities to large corporate entities. These out-of-state entities, unfamiliar with local market trends, are raising rents more aggressively than residents have experienced. But rising lot rents have led to significant vacancies, Roberts said. The new owners are “dumping loads of money” into rehabbing park facilities and filling vacant lots with new homes, but that strategy isn’t working as well as originally hoped, Roberts said.

“My direct experience with these communities is that the sales have not been very successful, or at least not anywhere close to what the community owners projected when making the decision to buy and install new units,” he said.

Harris Mobile Home Sales has a history of building relationships with park owners (as well as managers), who have used the company’s services to sell park-owned units and to find homes to fill vacant lots. But it can be difficult to build personal relationships when a park is owned by a corporation that’s based in another state. It helps when park employees are given the authority to make independent decisions, Roberts said.

Retail Sales Sizzling in the South