When George Allen was in his early 20s and new to real estate, he worked with a group that gave him a portfolio of apartment properties to prop up.

He did such a good job, they offered him a nice raise, gave him a bonus and a well-earned vacation.

When he returned, they reassigned him to a group of mobile home parks.

“I had to think about that for a little while,” Allen admitted. “I was apprehensive, and had never been around ‘trailer parks’. That was mostly what they were called in those days. I had a feeling about it, but I was unsure what it all meant and how I fit in.”

Even more so than his career trajectory, he had a wife and kids to consider.

Upset, he gave himself 60 days to gain what he calls “a major attitude adjustment”. Allen took to the road to visit the communities. He talked with managers and residents. All of the parks were operating in the red, and many had very poor social conditions.

He did want to turn things around, but he realized there was a catch.

“There was not a single book, tape or newsletter to get a hold of,” Allen said. “I thought, ‘perhaps I can replicate what I had in apartments for mobile home park training materials’. That’s what really intrigued me.” 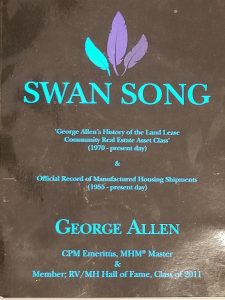 During that time, Allen has purchased and operated his own manufactured home communities in Central Illinois and authored several books, including “Swan Song”, a history of manufactured housing soon to be released.

So, the man’s been busy. Busy making himself the voice of an industry.

“It was really peer pressure,” he said of the original Allen Letter, the professional journal for the manufactured housing industry, published each month for 27 years.

“Everyone subscribed to it, and it was successful. It helps us all make some money, and a lot of people give us credit for having a cohesive effect on the industry,” Allen said. “So, the natural next request was that I organize a meet-up.” 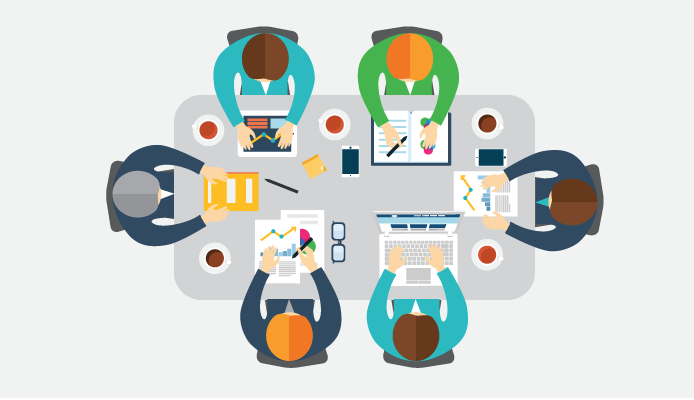 The 26th Annual International Networking Roundtable comes with a certain amount of synchronicity for Allen. The first one was in Clearwater, Fla., with about 70 people. The 2016 Roundtable was at the Grand Ol’ Opry in Nashville with about 250 attendees. In the years between, the event has traveled from San Diego to Atlanta to Mystic, Conn. and points in between.

“This is the first time in 26 years of hosting this event that I’m bringing it to my hometown,” Allen said. Despite Allen’s tenure, not to mention the title of his new book, this year will not be his swan song.

“I am trying to slow down,” Allen said, emphasizing trying. “I have some younger people coming along side me who I might be able to let take it over. We don’t have a schedule for that, but I figure bringing the Networking Roundtable to Indianapolis will help with an understanding for what we do.”

Part of what he does is settle down each January to look at the most recent of his newsletters, to judge “what’s hot and what’s happening”, to then form the annual event’s agenda.

“I put together about 20 different topics for talks and pair those topics with speakers,” he said.

This year’s broker presentations, for instance, will include Tammy Fonk, of Milwaukee, Wis., from HomeFirst Properties, and Joanne Stevens, of Des Moines, Iowa, from NAI, offering insight on “Anatomy of the Deal” for investors and brokers and “Preparing Your LLCommunity to Sell”.

“A lot of people who are coming want to know who else is in the same business, but part of that is finding out whose community you’re going to buy,” Allen said.

There are few years that stand out less for the content of the International Networking Roundtable and more for the events or circumstances of the day.

Colorado Springs in 1997, when George and his wife Carolyn arrived on Wednesday to prepare, the sun was out and the weather was very warm.

“Friday night when we had our second reception they had a snow like I’ve rarely seen,” Allen said. “There was five feet the next morning. The whole place shut down.”

So, they made the best of it.

They continued on, they ate in the hall and eventually retired to the Marriott lounge to have cocktails and watch the Indians and Marlins in the World Series. The bartender at some point began to close down, and the patrons were put on notice.

“One of the guys there was friendly with Bill Marriott and had someone make a call to explain the circumstances, and they re-opened the bar and left it open. No one was even able to leave until Monday,” Allen said.

There was one question about potential upcoming venues on the feedback forms returned by attendees. The consensus was “anywhere but snow”.

The Roundtable was in Del Ray Beach, Fla. in 1998. Attendees arrived as much of southeast Florida was fleeing Hurricane George.

“We managed to get about 70 people in the hotel before they battened down, and the hurricane was raging. You couldn’t really hear it but it looked awful,” he said.

Flash forward to 2001, all air travel was halted following the 911 terror attacks when attendees were set to fly to Chicago. The Roundtable was held a week later than planned, and was well attended, but the notion of “can we stick with the less eventful events?” was very real.

Yes, the Septembers of late have been more kind, even if the murmurs of George Allen’s possible retirement have heightened.

“For the last 10 years, I’ve been dealing with the sons and daughters and heirs apparent,” Allen conceded. “So, every time I start to rattle on about doing something else, I hear about it from the industry people who begin to worry about where they’ll turn.

“I can’t just go away,” he said. “It wouldn’t stop the business, but it would dramatically change how people interact and learn.”

And Allen himself, with those decades of experience, and the way he weaves a story.

So, come to Indianapolis this year for the George Allen International Networking Roundtable, grab a copy of “Swan Song”, and let Allen tell you how he once, long ago, purchased a community for $400,000 and a couple years later sold it for $2.5 million in cash.

It’s one worth hearing.