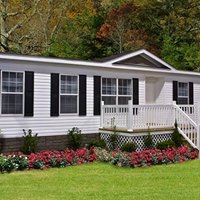 Discrimination Claims on the Basis of Familial Status Are Increasingly Common

As general counsel for MHI, I spend a great deal of time on issues relative to the Fair Housing Act.

Title VIII of the Civil Rights Act of 1968 makes it illegal to discriminate in any type of housing based upon race, color, religion, gender, national origin, disability or familial status. The “protected classes,” as they are called, are the basis for what has become known as the Fair Housing Act.

Fair housing policies and training for community staff are a must. This should be coupled with a review of added protected classes under state law and local ordinance.

There has been an increase in familial status claims in recent years. Therefore, community operators and retailers should be aware of the need for family friendly policies. They should be drafted in ways that are least restrictive to children.

First, and foremost, consider the occupancy policy for the community. Remember, many jurisdictions have state law or local ordinances on the number of people living in a unit.

The Statement of Policy also notes that “in appropriate circumstances, owners and managers may develop and implement reasonable occupancy requirements based on factors such as the number and size of sleeping areas or bedrooms and the overall size of the dwelling unit.”

Thus, in reviewing any occupancy policy, make sure any limits are based upon the number of people residing in the unit as opposed to the number of children. HUD will recognize state and local occupancy standards. 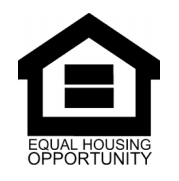 Secondly, make sure that the community does not have a practice of steering residents with children to one particular area of the community. There are several cases where housing providers paid large fines for segregating families. You can’t draw an imaginary line in a community and state one portion is for families and the other for adults.

Familial Status for Pools and Other Amenities

Thirdly, for communities with amenities, you must ensure that the rules for use are not discriminatory against families. Rules that restrict or single out usage by children often can be determined as discriminatory.

Examples of pool rules that courts have determined to be a violation of the Fair Housing Act include:

Arguments that restrictions for parental supervision are for the safety of the children using the pool generally are rejected. Community operators should consult state law and local ordinances on supervised swimming. For instance, California law requires those under 14 to be supervised.

Therefore, swimming rules that broadly target all children and require parental supervision should be avoided. Instead, draft policies that specify the basis for the restriction. Only narrowly, if at all, target the subgroup of children to which it applies. The policy should not limit supervision only to a parent, but by a competent swimmer.

This same analysis goes for communities offering other amenities where there are safety concerns, such as fitness rooms or gyms.

Other Rules That Come Under Familial Status

Finally, community owners are now getting the idea of how age-restrictive rules can violate the Fair Housing Act. Other problem areas include curfews, supervision, noise, attire and common areas where playing is restricted.

Like those listed above, housing providers have gotten into trouble when the rule strictly targets children. A policy requiring “Children on the premises are to be supervised by a responsible adult at all times” was held to be a Fair Housing Act violation. However, a rule that required all tenants – not just children – to keep “bikes, carriages, strollers, tricycles wagons, etc.” in the home or garage was upheld.

When it comes to Fair Housing Act claims based upon familial status, words matter. Avoid policies that are restrictive to children. Make sure that all policies restricting use are tailored to specific safety concerns and are the least restrictive possible. Blanket rules should be children-neutral on their face.