A Shortlist of Leading Local Attractions for Your Stay in Louisville

When manufactured housing professionals think of a stay in Louisville, they think of the industry-leading trade show held there each year. But there are many good reasons to extend your stay in Derby City.

Each of the following Louisville attractions is within eight miles of the Louisville Exposition Center, and each has indoor exhibits that run through the winter. Make sure to check each attraction’s website for hours and pricing before your stay in Louisville — and don’t forget your walking shoes!

Head to Louisville’s “Museum Row”, located in downtown’s West Main District, and find museums for everyone. The Louisville Slugger Museum & Factory is loved by baseball fans and curious observers alike. As the lore goes, 17-year-old J.A. “Bud” Hillerich made the first slugger bat for Louisville Eclipse star Pete Browning after he broke his bat during a game Hillerich attended in 1884. With this new bat, Browning got three hits in his next game. Ever since, Louisville Sluggers have been the bat of choice for most major league players. Learn the history of baseball and see how bats are made as you stroll around the museum, or take a tour of the factory — each tourist receives a free mini baseball bat, but true fanatics can have an original custom-designed in the gift shop. You’ll also try out historic bat models at the batting cages and see the world’s largest baseball bat. 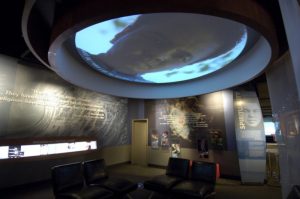 Love boxing, history, civil rights? Another must-see on Museum Row, the Muhammad Ali Center, follows Ali’s life through exhibits featuring his six core principles: confidence, conviction, dedication, giving, respect and spirituality. Immerse yourself in Ali’s life, from his youth in Louisville to his conversion to Islam, name change and all 15 of his championship fights — sitting through each one is optional. See his clothing and try out a boxing ring to get a true taste of Ali’s stature and skill. The many exhibits, quotes, videos and interactive timelines can be a bit of a sensory overload, so you may find it easier to simply listen to, or take, a guided tour. This one will get you — the museum’s website says you’ll not only explore the heart of Ali, but reflect upon your own “individual values, inner strength, character, and what makes you the greatest person you can be”. 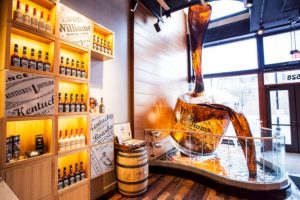 Just south of the Muhammad Ali center, this bourbon distillery boasts tasting rooms themed for different historical eras. Bourbon, a type of whiskey, originated in Kentucky more than 200 years ago. Evan Williams was the first commercial distiller. Today, 95 percent of bourbon is made in Kentucky, and a third of that is made within Louisville city limits. With flavor possibilities ranging from cinnamon to caramel chews to cornbread, you might find yourself enjoying a taste test, even if whiskey isn’t necessarily your thing. At the Evan Williams Experience, you’ll get to taste four bourbons and learn how they’re made through the guided “Speakeasy” tour. If you simply want to toss back a couple of drinks during your stay in Louisville, without the hustle of a tour, check out local favorites Angel’s Envy or the Jockey Silks Bourbon Bar, both located in the West Main District as well. 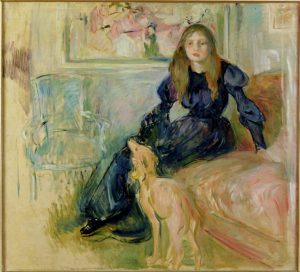 Yet another in the West Main District, built in 1925, the Speed is the oldest, largest art museum in Kentucky. This one is for the art lovers; if you take your time, you could spend all day here. Or, simply check out a few highlights, such as Rembrandt’s Portrait of a Forty-Year-Old Woman, or take a guided tour. Not only does this modern space house art, the Neo-Classical museum is itself seen by many as art. The Speed boasts art from all over the world, sorted geographically by floor. You’ll see 19th century Nigerian beading, a fine collection of European Fine Arts and Decorative Arts, Flemish paintings and a sculpture court, as well as a new avant-garde and modern art wing. If you’re bringing kids, don’t worry. They’re provided sketchbooks and tasked with a scavenger hunt.

Carved out of a massive limestone quarry over a period of 42 years in the 1800s, this man-made cavern features 17 miles of underground passageways. The largest building and recycling center in the state, recycled concrete, brick, block and dirt create passageways and rooms, but they still barely make a dent in the 4 million square-feet of space. The six underground ziplines here are the main attraction. You’ll follow tour guides as they take you on an up to 2.5-hour adventure — you’ll even learn a little geology. Visitors must be at least 7 years old and weigh between 55 and 285 pounds.

You can’t stay in Louisville without getting at least a glimpse of Churchill Downs. In two floors of exhibits, experience the entirety of a Thoroughbred horse’s life — from birth to their first race day. Your heart will pump as you watch an 18-minute documentary at one of the world’s only 360-degree theaters. You’ll experience not only the history of the derby and of horse racing itself, but have a chance to try it out on a racing simulator.

Outdoor portions of the walking tour may be on hiatus for the winter, but there’s still plenty to see inside the museum!