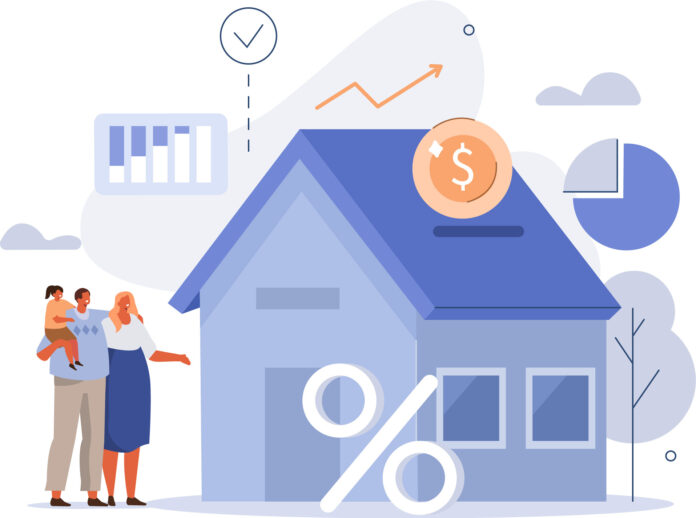 Wells Fargo Multifamily Capital in partnership offers insight in a two-part series on current market dynamics and how multiple factors are likely to impact commercial lending for manufactured housing communities. Part I follows, and part II will be posted here in the coming months following print publication in MHInsider Magazine.

We live in turbulent times with many cross-currents impacting the economy and commercial real estate. Unlike other recent economic cycles, white-hot inflation has moved into the headlines as the Federal Reserve Bank balances its dual mandates of price stability, moderate long-term interest rates, and full employment. The Consumer Price Index (CPI) is running at its highest level in four decades leading many to conclude inflation is no longer transitory.

Treasury rates have been on a steady rise in 2022 with the 10-year Treasury yield eclipsing 2%, marking a two-year high and an approximate 150 basis point increase from the Treasury’s all-time low of 0.51% in August 2020. In order to help borrowers prepare to face a higher interest rate environment, this article will be the first of a two-part series in which we take a look back at past economic cycles for insights, and then highlight alternatives borrowers should consider when assessing financing options and structures.

The Influence of the Fed

The Fed influences short-term interest rates through its open market committee (FOMC), which sets the federal funds rate — the interest rate applied on overnight loans from one financial institution to another. While they do not set market rates such as Treasury yields, changes in the federal funds rate along with the Fed’s policies and pronouncements are followed closely by market participants, and market rates along the yield curve respond accordingly. Besides setting the much-followed fed funds rate, the FOMC also establishes Fed monetary policy which, in order to provide market stability, authorizes the Fed to purchase securities (bonds). This is commonly known as quantitative easing. Through QE the Fed buys securities on the open market, providing a liquidity backstop and lowering the yield on bonds during times of capital markets upheaval like that which resulted from the COVID-19 outbreak in 2020. Many also will recall when the Fed utilized QE in 2009 as financial markets muddled through the Great Recession. QE aims to stimulate more lending and investment that keeps rates lower during times of market disruption than what market participants would normally demand. Using a similar strategy in March 2020, the Fed injected more than $700 billion in bond purchases, and in June 2020, it added monthly purchases of $120 billion of bonds – $80 billion in U.S. Treasury securities and $40 billion in mortgage-backed securities.

That program continued until December 2021 when QE began being phased out.

Inflation in the U.S.

The economy has rebounded following the sudden and severe recession experienced during the first half of 2020. The economy in 2021, as measured by Gross Domestic Product, grew at an annualized rate of 5.7%, marking the fastest rate of growth in a calendar year since 1984. However, inflation picked up throughout the year and the CPI grew by 7%, the largest calendar-year change in the cost of living since 1981.

At the end of January 2022, the 12-month inflation rate jumped to 7.5%. This resurgence of inflation appeared to force the Fed to reconsider its monetary policy and use of the term “transitory”. The Fed reduced its monthly $120 billion in bond purchases by half in December, and plans to curtail the entire strategy.

Given all of this, it is worth re-visiting historic averages for perspective and insight into the years ahead. In statistics, regression toward the mean is the concept that extreme measurements or outliers in a defined group will be closer to the average over time. Outliers in economic statistics occur during times of upheaval and then typically move closer to the average as more measurements are made. Because the 10-year Treasury is a common index used for fixed-rate loans, we should consider the following: Over the last 20-year and 30-year periods, the 10-year treasury yield has averaged 2.97% and 4.01%, respectively. These periods include a low rate (outlier) environment during the Great Recession and another during the COVID-19 pandemic. Inflation for decades had remained tame as the Fed prioritized maintaining a low inflation environment, and year-over-year CPI increases averaged approximately 2.5% over the past 30 years. By managing inflation, the Fed was also able to maintain price stability as shown below in the 20-year history of the 10-year treasury yield.

However, during the six months ending January 2022, monthly CPI increases averaged 6.4% and they are increasing at an escalating rate. While many have been predicting materially higher interest rates for years, we now appear to be facing the possibility of rates above historical averages for the next several years. Barring unforeseen capital market disruption in the coming years, we expect a further increase in long-term fixed rates and related Treasury indices. Of the Fed’s mandates, price stability has been its top priority in recent years. One reason for this may be that the Fed is comprised of members who remember the years of high inflation and economic instability experienced in the 1970s and early 1980s. Inflation is a political liability that impacts fixed and lower-income households particularly hard, and we believe the Fed will be willing to slow the economy to rein in inflation in a tight labor market. On top of increases in the fed funds rate, the market also has to absorb the impact of the removal of QE. With supply chain issues persisting and oil prices spiking due to geopolitical threats, there appears to be no immediate relief in sight for inflation.

Although we expect that over time there will be a tightening in interest rate spreads that will offset some of the increase in Treasury rates, we believe borrowers should assess their current loans and borrowing alternatives under the assumption that rates are going to be higher in the coming years. In part two of this series we will identify some key considerations to be weighed when reviewing your current and future financing strategies.

Bookmark MHInsider for all of your manufactured housing news.

Several manufactured homes are coming to Washington D.C. not only for professionals and consumers but lawmakers too. This is part of MHI's Homes on...