By many measures, the COVID recession is the worst since the Great Depression. Within two months, the U.S. lost 22 million jobs as most of the country went into lockdown in the early days of the pandemic. By comparison, the Great Recession in 2008 saw job losses of nine million peak-to-trough. Meanwhile, unprecedented restrictions on daily life over the past year have resulted in the closure of roughly one in five small businesses, with the service sector particularly hard hit.

Depending on what data you look at, though, you may not have noticed a recession at all. For example, personal income actually rose 6.1% in 2020, the result of the federal government stepping in and more than fully replacing lost income with stimulus checks and boosted unemployment benefits. Meanwhile, every major statistical group — from the top 1% to the bottom 50% — saw their net worth rise in 2020. Households saved more money than ever, paying down debt and improving their personal balance sheets.

Nowhere has this dichotomy been more apparent in the past year than in the U.S. housing market. Sales of new and existing homes rose 20.1% and 6.2% respectively in 2020, the result of people fleeing strict pandemic restrictions, large-scale urban unrest, and a desire for more personal space in the suburbs during the lockdown. The inventory of existing homes available for sale is currently at its lowest level on record back to 1999, and 74% of homes sold in February were on the market for less than a month! Meanwhile, the number of completed new homes available for sale is down 48.1% in the past year, the result of a massive increase in demand during the pandemic outrunning the ability of builders, who are hamstrung by social distancing regulations and disrupted supply chains, to bring enough new supply to the market.

How to Look at the Housing Market Post COVID Restrictions

Now that vaccines are increasingly widespread, portions of the country have begun reopening the economy.

Many are left to wonder what the outlook for the housing market is. Will sales collapse as apartment rentals in the cities once again become viable competitors for single-family homes? We don’t think so. We expect the housing market to continue to perform well, with sales stabilizing at higher post-pandemic levels for several reasons.

First, a trend toward work-from-home is likely to remain in place even as pandemic-related measures are eased around the country. Many companies that previously required workers to be in the office changed their policies during the pandemic and it will be hard to reverse them. Moreover, many companies that were initially skeptical about these policies are realizing how good they can be for the bottom-line by eliminating office space expenses. That means people who were previously tied to specific locations, typically in urban areas, will have more flexibility, making more space in the suburbs or rural settings an attractive proposition.

Second, there has been a huge shift in buyer preferences over the past year, with younger buyers who have preferred cities in the past finally seeing the value of owning their own home. In fact, for the first time, Millennial borrowers in 2020 accounted for more than half of all new mortgages. This shift in preferences hasn’t all just been age-based though. All demographics of people have been leaving high-tax states with strict pandemic restrictions for greener pastures, and in huge numbers. Looking at the most recent estimates from the U.S. Census Bureau from July 2019 to July 2020, just midway through the pandemic, demonstrates this. California, New York, and Illinois on net lost 278,374 residents while Texas and Florida on net gained 615,221. In the past year, new home sales are up 20.2% in the South but are down 11.6% in the Northeast and 8.1% in the West. We expect the South to continue to make up a larger share of overall home sales in the future as U.S. internal migration continues and less arduous zoning and construction regulations continue to give the region distinct advantages from a cost-of-living perspective.

Finally, there are significant demographic tailwinds coming together for home sales for the foreseeable future. According to Pew Research, Millennials in 2019 surpassed Baby Boomers as the largest living generation. The biggest cohort of Millennial births was in 1990, meaning that group is turning 31. And Census Bureau population projections show that the key homebuying population is those aged 30-49 years. Home buying is set to grow significantly through 2039.

However, in order to meet this rising demand for housing, the U.S. will need to solve the slow-rolling building crisis that has been ongoing for decades. In the early 1960s, the U.S. built roughly three new housing units for every 100 households annually. However, that number has steadily fallen over the years to just a single new unit for every 100 households in 2020.

One part of this decline in new construction over the years is increasingly stringent zoning and construction regulations, with current homeowners pulling up the ladder behind them in large cities to the detriment of a new generation. However, another major issue is the stagnation in productivity growth for single-family construction, which has resulted in fewer homes being built at higher prices. In fact, the Bureau of Labor Statistics found that between 1987 and 2019, labor productivity fell slightly for single-family home construction.

On the whole, we’ve actually gotten worse at residential building in the past 30 years!

Innovation and the application of modern manufacturing techniques to residential construction will be crucial to alleviating this problem going forward. Pre-fabricated housing, where units are designed and manufactured off-site to benefit from economies of scale before being transported and assembled at the desired location, offers a promising way to meet this challenge. We have also only just begun to see the possibilities with 3D printing, with a developer in Mexico recently printing entire homes in under 24 hours.

As entrepreneurs step in and solve the current inventory shortage in new and exciting ways, one of the major headwinds in the U.S. housing market since 2008 will begin to dissipate. This paired with the pandemic-induced shift in living preferences, improved household finances, and advantageous demographic shifts should keep housing primed for continued growth in the years ahead. 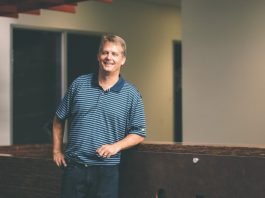 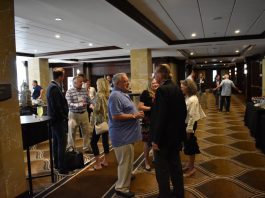