Veteran builder and noted tiny house aficionado Andrew Morrison took the stage recently at The National Tiny House & Simple Living Jamboree to talk about the new tiny home Appendix Q, the first-ever and little-known legal description of the dwelling style that has captured the American imagination.

Ever since he and his wife Gabriella built and moved into their sub $30,000 tiny house, paid for out of pocket, the pair has been providing insight on the ins-and-outs of tiny homes to the droves of enthusiasts who will pay to listen.

Now, Morrison and associates have managed to install the tiny house Appendix Q into the 2018 International Residential Code.

This is more than a movement within the movement. More than a clarification in black and white. This is the stamp of approval for the birth of an industry.

“I travel all around the country and there are so many people who have yet to hear about the tiny house appendix,” Morrison said during his talk at the Jamboree in Arlington, Texas. “The tiny house code is, I think, the most important thing we have going on in the industry. 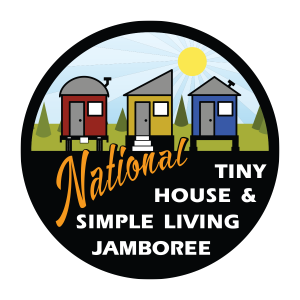 Morrison is a 20-year veteran of the building industry who in a 2015 TEDx talk provided insight toward compromised nature of traditional housing and home finance in the United States. The popular platform boosted his public profile. However, the real trick may have come in late 2016 when Morrison’s team managed to get language passed by the International Code Council in a single try.

“A friend of mine named Martin Hammer, an architect, saw a tiny home building code that was put together and it was… awful,” Morrison said.

The proposed language was deemed unusable. But its entry allowed Morrison’s team to engage the International Code Council in a two-month comment period, which, if handled well, would allow for entry of the consideration language.

Morrison, along with Appendix Q co-author Hammer, got to work on building tiny house Appendix Q with a focus on establishing the rules for a permanent residence, a home on a foundation that is built to stay as local planning allows.

“That’s one of the things we want to attain, is a house that meets health and safety code and is affordable,” Morrison said.  “Housing is becoming less and less available to us, and that has to change.”

A team of 10 presented in Kansas City, Mo., during October 2016 in front of hundreds of building officials and fire marshals. They took questions, defended their position and made changes to the language as needed. When approved by a two-thirds vote, the same language needed the same approval from more than 20,000 registered professionals nationwide.

“We were vetted, and we won,” Morrison said. “We got it done in two months and approved in the first try… it usually takes six to nine years for something this massive to be approved.”

While approval of the tiny house language is a massive leap forward, much work remains.

Tiny homes have gained popularity in recent years because of increasing housing costs, stagnant wages and a what Morrison views as a “grassroots movement towards minimalism”. Builders need a code for residential tiny homes. However, the code also allows local building officials to offer guidance.

On that latter point, now that Appendix Q is part of the 2018 code, it’s up to individual states & municipalities to adopt the updated 2018 code, which often lags. Most governments are working under the 2015 code, and some continue to site the 2012 code.

“It’s the code that gets approved, not the appendix,” Morrison said. “These governments need to then choose which appendices they want. Do we want the straw bale, do we want the manufactured home, do we want the tiny home code? So we need to get out there and advocate for our code.

The Morrisons meet with state representatives to talk about Appendix Q as they travel for speaking engagements. They teach and they do presentations on tiny living, and encourage people to live an inspired life.

Tiny House Appendix Q has mention of how to incorporate wheels in the build-plan.

But any incorporation in a build-plan of a trailer would require an application under Section R104.11 “Alternative materials, design, and methods of construction and equipment”.

“This allows people to supply engineered plans that will work for something not specifically addressed in the code itself,” Morrison said in comments following his presentation.

Tiny house experts now refer to anything that uses a chassis as a “moveable tiny home”. This replaces the phrase “tiny home on wheels”.  The “on wheels” reference immediately makes inspectors and others in the validation process want to call the home an RV, which is a vehicle under the RVIA/ANSI codes. The “moveable” phrase means the home can be moved but is not stationed on wheels.

Movability of a home also becomes a difficult proposition for financing. This is primarily because a lender needs to know where to find a home, if needed, for financial recourse.

“This certainly is a big step in the right direction, but given that the language was unable to address tiny homes on wheels, there remains a lot to be decided,” he said. “Tiny house Appendix Q addresses the residential code, but it’s anyone’s guess the direction homes on wheels will go. Will it be RVIA or ANSI? Will we be able to write something into the appendix? Everyone has opinions and preferences, but the question hangs out there.”

However, Morrison maintains that a tiny house can have a chassis, axles and wheels and still be a permanent residence. The home must be built to the approved IRC code for the area.

The heavy lifting has been done

“We will meet the code as it’s written right now,” Morrison said.

“This was done because all of the people on the other side of the table had droves of people coming saying they want to build a tiny home, but they couldn’t do anything. There was no code,” Morrison said. “So, they needed this, and that’s important to recognize.”