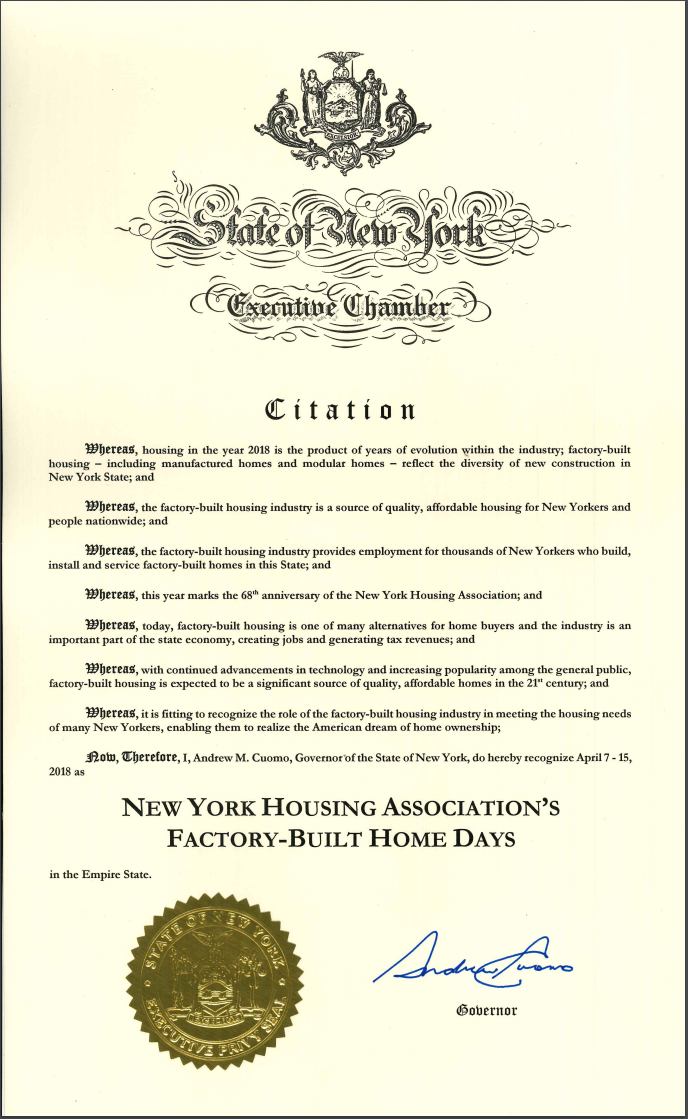 The state of New York is officially recognizing factory-built homes this week with the institution of the state association’s Factory-Built Home Days.

The Governor noted that factory-built housing is a source of quality, affordable housing for New Yorkers and people nationwide. Factory-built housing, including manufactured homes and modular homes, reflects the diversity of new home construction and enables families to realize the American Dream of home ownership. This rapidly growing industry is an important part of the state economy, as it continues to create new jobs and generate tax revenue.

The need for this type of housing has never been greater. At a significantly lower cost than its site-built counterparts, factory-built homes are constructed in climate-controlled factories under strict quality control standards. Construction in a factory is very cost effective and environmentally friendly. 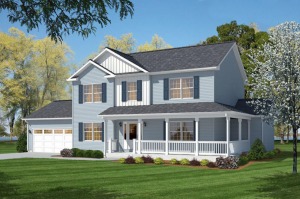 With a virtually unlimited selection of styles and floor plans, today’s factory-built homes are engineered to be architecturally interesting and energy efficient. Continued technological advancements indicate that this alternative to traditional home building will continue gaining popularity into the 21st century.

The New York Housing Association encourages every consumer to visit a retail center, land-leased community, builder or developer during the Factory-Built Home Days.

The New York Housing Association, Inc. is a not-for-profit trade association comprised of manufacturers, builder retailers, developers, manufactured home community owners, lenders, insurers, suppliers, installers and others who are committed to the quality and growth of the factory-built housing industry in New York State.  After 68 years in the industry, the association sets the highest standards for business ethics and practices and remains dedicated to encouraging state residents to explore factory-built housing options.

For more information, go to www.nyhousing.org , like us on Facebook or call the Association office at 1-800-721-HOME