Steve Lefler of Modular Lifestyles is creating homes and turning heads, often to far flung and out of the ordinary places.

Lefler works with modular, manufactured and RV code homes to create highly energy-efficient homes. This includes one on-grid near net-zero energy home where he resides in Paso Robles near Sacramento, and another that toured the state for two years before going on display at the California State Capitol building.

The “Quest” home that ended up on the Capitol lawn was the result of a project Modular Lifestyles did with Cavco Corporation and Newport Pacific. The off-grid home has many energy-efficient features, including a photovoltaic (PV) solar energy system and propane to charge the deep-cell marine batteries, sustainable cork flooring, recycled furniture products, specialized insulation and an incinerator toilet that requires no running water.

So, the only thing required to live “off the grid” in a Modular Lifestyles Quest home is a location for the home and a water source, Lefler said.

“Factory-built houses are the most energy efficient form of housing,” said Lefler, who purchases his homes from Cavco and others from builders like Champion and Palm Harbor.

“They’re a sub-contractor now,” Lefler said of the original home builders. “I take the energy liability and put my own name on the house with a 4×6” metal plaque at the front door that says ‘Another Award Winning Modular Lifestyles house’.”

What is Net-Zero Energy?

A net-zero energy home is one that uses no more energy than it is able to produce.

Lefler works largely in California, where net-zero has moved from preference to a near mandate, with state law requiring all new residential structures to be net-zero by 2020.

“My house was one of five homes chosen in the state of California for most energy efficient prior to net zero rules,” Lefler said. The home uses high grade materials, high R-value insulation, solar panels on the roof and a closet-full of rechargeable batteries that can store energy for later use or push out to the grid.

Down to a $400 output for well water, Lefler isolated the usage and was able to figure out how much more energy would be needed from solar to make the place truly neutral in energy consumption.

Given this, he sees his home as a model for what California residents will do in the very near future.

“I asked to go on the most stringent payment structure, by the hour, and did that in 2014 to be able to study and figure out how all this stuff works because everyone will have to operate by the hour before too long,” he said.

The Builder Put to the Test

When Lefler began his work in energy efficient housing, he resided in a site-built home inLaguna Beach, Calif.

“I kept getting calls from people saying ‘If your home is so great, why aren’t you living in it?’ I took that to heart, and we made the move,” he said. “The off-the-grid home in Paso Robles is now our full-time residence.”

Lefler constructs as many as 100 homes per year, including some 190- to 960-square foot extremely efficient “tiny homes”, which are adapted from Park Model RVs.

In Ojai, Calif., Modular Lifestyles partnered with a manufactured home builder to show how planned efficiencies can improve public health, safety and welfare by creating an off-grid positive environmental impact. The project focused on planning and design for…

Modular Lifestyles, after spending a year in design and development, launched the first-of-its-kind manufactured home in 2009.

The unique home produces its own electricity through a solar electrical generation system, which dramatically reduced monthly utility costs for the home’s resident.

Modular Lifestyles has won multiple awards for its energy-efficient homes design and construction, including the 2014 USGBC-C4 “Green Home Nomination” and the 2018 MHI National Energy Efficient Award for the Paso Robles home, as well as 2012 USGBC-C4 Taylor Ojai House Nomination for Green Home Award and both the 2011 and 2012 Ojai Valley Green Home Tour Participant Award. 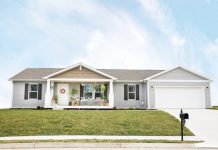 Can You Get a Home Warranty on a Manufactured Home? 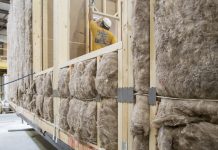 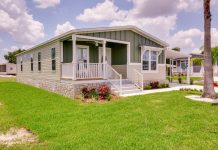 September 25, 2019
0
Novi Home Show to Include 5 New Manufactured Homes The Novi Home Show, Oct. 11-13, will include five new, fully-decorated manufactured homes from some of...