Home Explore What Are Other Names For Manufactured Homes? 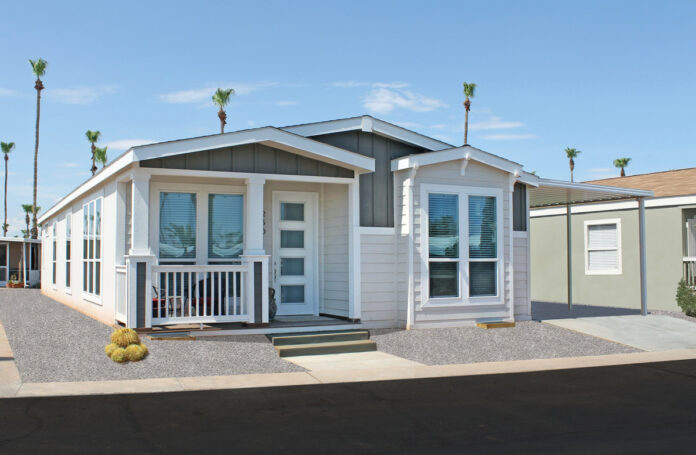 What Are Other Names For Manufactured Homes?

Mobile homes are one of the most popular forms of affordable housing, and their influence is only growing. With 22 million Americans (and counting) living in mobile homes, it’s hard to deny that they’re accessible, affordable, and incredibly high-quality.

So, in this post, we’ll catalog some of the main terms you’ll hear that are used to describe today’s manufactured homes. And, we’ll talk about whether the terms are accurate, and their historical origins if they’re available.

Manufactured homes is the official term for factory-built homes built under the “HUD Code” that was enacted in 1976. This code dictates how manufactured homes are constructed from a safety standpoint.

But, what are some of the quality differences that make modern manufactured homes so appealing for today’s homebuyers? Well, there are many.

Another important distinction is that modern manufactured homes are more often than not set on a permanent foundation, much like site-built homes. While some can be moved from place to place, they’re not as “mobile” as pre-HUD code mobile homes.

Like we mentioned earlier, mobile homes technically refer to factory-built homes built before the HUD Code was enacted in 1976. However, when talking about manufactured housing, the term mobile home is still incredibly popular and used widely, both by consumers and within the industry.

This is why you’ll often see the term mixed in with manufactured homes, even though they refer to two factory-built home types that are technically different from each other.

Modular homes are a similar, yet distinct type of home from mobile homes and manufactured homes.

A manufactured home’s safety codes are based on the federal HUD code that we discussed earlier. With a modular home, they’re instead subject to state building codes. For example, in the state of Florida a modular home follows coding requirements from the Florida Building Code that affect how the home is built.

Because a modular home is not built to HUD Code, they’ll often take on different shapes and sizes compared to manufactured homes. This also affects how modular homes are shipped. Because they’re built and shipped in modules, keeping true to their namesake, they can be built with varying architecture or even a second story. 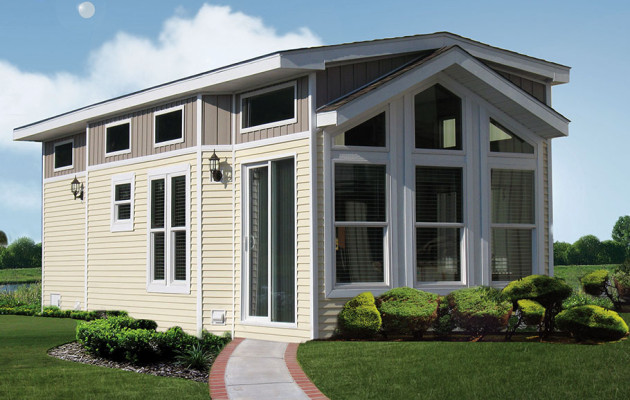 While it’s easy to mix up manufactured homes with modular homes, it’s important to understand that they’re vastly different in their production and style.

We’ve written before about park model homes, but it’s worth refreshing what makes them different from manufactured homes, and how the terms that refer to them are very distinct.

Park model homes, or park model RVs, are typically much smaller than manufactured homes. In fact, in most states a park model home cannot exceed 400 square feet with exceptions in a few states like Florida.

These are often more mobile than a manufactured home, unlike manufactured homes which typically stay in place once they’re sited. Because of this, they usually require registration, tags, and insurance, similar to that of a vehicle.

So, while you may hear the term “park model home” thrown around in conversations relating to manufactured housing, they’re rather different from each other.

While many people still refer to mobile homes as “trailer homes,” this term is incorrect.

In some regions of the United States, manufactured homes and mobile homes are referred to as snap-together homes.

This is especially common for multi-section manufactured homes, as the term refers to how the sections are joined together on a marriage line. The term originated in the mid-1900s.

These days, snap-together homes are occasionally used to refer to “tiny homes,” which are very different from manufactured and mobile homes.

This is a term that conflates manufactured homes with RVs and other large recreational and leisure vehicles. If anything, the term more closely relates to park model homes, which we discussed earlier, rather than manufactured homes.

You may occasionally still see some mobile homes referred to as motor homes. However, the term isn’t entirely correct unless the home is, in fact, mobile – similar to an RV or a park model home.

What Manufacturers Sell Mobile Homes in Your State?

The Importance of Marriage Lines in Mobile Homes

Buying a Mobile Home? Here’s How Manufactured Home State Associations Can Help You.