Ah, yes, but the highly sought-after 60×12′ Delta originally purchased in 1967 was the getaway home for the one and only Elvis Presley, and his new wife Priscilla.

The home has hatched and wood cabinetry, a four-burner stove and some distinctive red walls in the bathroom. The bath area also has an added Presley touch. The shower and sink basin were personalized with a special gold leaf.

While the home had been restored, it remains largely as it was during the Presleys’ honeymoon.

Elvis’ getaway home was put on the block by GWS Auctions in the “Legends: Iconic Film & Music Memorabilia Auction”.

“The mobile home, it’s just one of the coolest pieces we’ve ever had,” Brigitte Kruse, lead auctioneer and co-founder of GWS Auctions said.

Elvis placed the mobile home at Circle G Ranch in Mississippi, just about 10 miles from his primary residence of Graceland. He had several mobile homes at the Circle G location so he, Priscilla and their close friends could find reprieve from the watchful eyes of fans and overwhelming media attention.

“They would all congregate there in their secret little hideaway. It’s a neat idea for that time. So it just shows a lot of his personality — and he loved his fans, but he also needed to be a human being and have some privacy too,” Kruse said, as quoted by CNN.

Elvis’ Mobile Home in Its Former Glory Will Return to Mississippi

The home has changed hands several times since Elvis’ death. However, none of the buyers ever wanted to change the title because it bears the signature of “The King”.

Top bidder in the recent auction told media outlets he would have purchased the mobile home at any price. He plans to return the home to Mississippi, he said, where he’ll do a little more work on the historic abode and make it available for vacation rental. 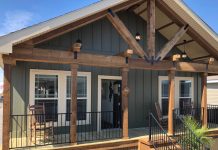 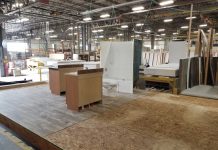 How Are Mobile Homes Built? 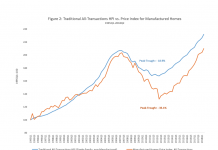